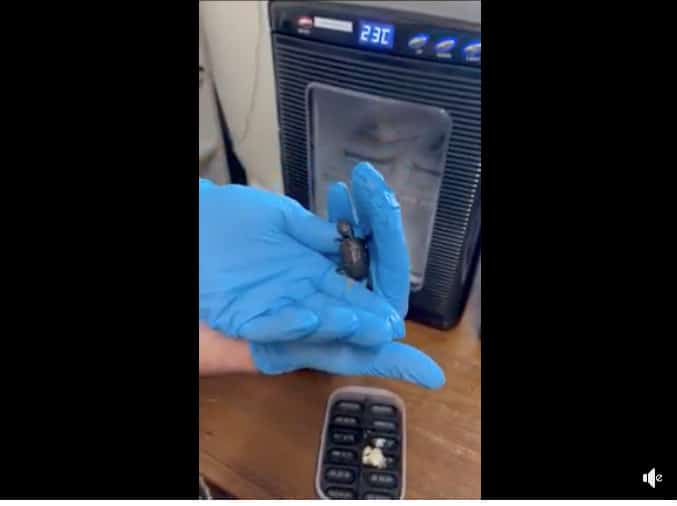 Threats to the Western swamp tortoise include land clearing for agriculture, pesticide and fertilizer use, housing development and fire.

The critically endangered species was thought to have gone extinct until one was found in 1953.

Threats to the Western swamp tortoise include land clearing for agriculture, pesticide and fertilizer use, housing development and fire.

“Alongside our partners Parks and Wildlife Service, Western Australia and Perth Zoo, Zoos SA works with the Western Swamp Tortoise Recovery Team to ensure a genetically viable population is released back into the wild, the zoo wrote on its Facebook page. “Thanks to amazing partners like TCM Electronics, Zoos SA is able to continue our vital conservation work with threatened species like the Western Swamp Tortoise. The egg-citing news comes just in time for the Easter long weekend, with two egg-themed conservation trails at both Adelaide Zoo and Monarto Safari Park.”

The Western swamp tortoise is also called the Western swamp turtle and is a critically endangered freshwater turtle that inhabits just a small area of Western Australia’s Swan Coastal Plain. Males grow to about 155 mm with a weight of about 550 grams. Females are smaller, rarely growing up to 135mm in carapace length with a weight of about 410 grams.

The species, which is considered Australia’s most endangered reptile, was thought to be extinct up until 1953, when one was found by a school boy on a road in Swan Valley. The species is a carnivore and feeds on small invertebrates. They are known to live in swamps that fill with water during the winter and spring and aestivate during the dry season when it is hot.

Threats to the Western swamp tortoise include land clearing for agriculture, pesticide and fertilizer use, housing development and fire. Climate change also poses a threat as swamps dry out earlier, the tortoise may not produce eggs. Other threats include feral cats, rats and foxes.