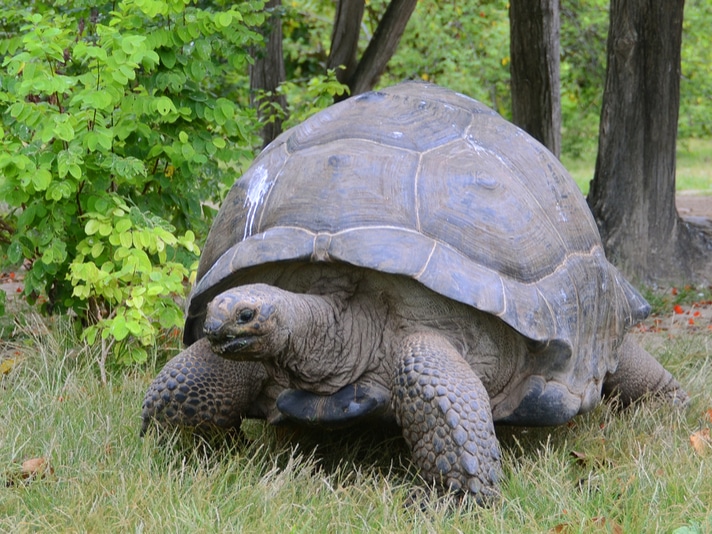 Fregate Island in the Seychelles has the second largest Aldabra giant tortoise population in the world after the Aldabra atoll.

Conservationists on Fregate want to know the population numbers so they launched a four months long census April 6 .

Conservationists on Fregate want to know the population numbers so they launched a four months long census April 6 in an effort to determined exactly how many giant tortoises are on the island.

“Anybody with a little bit of training can join the conservation team in the census, in fact, many staff members get involved in it. We also had guests involved. We give a little kit to the people interested and then they can collect the data for us,” Anna Zora, deputy conservation manager on the island told Seychelles News Agency. Zora is hoping that they can get an accurate count of the population as well as know the health of each individual tortoise on the island.

The conservationists are methodical in their search for the chelonians. They have divided the island into nine zones in an effort to understand how these reptiles migrate around the island and how spread out they are. When they find a tortoises, the tortoise is marked with a blue dot on the carapace that goes away over time. They then measure the animal and determine its sex. They also mark down where on the island the tortoise was found on a map.

“There will be one stage in the census when we will encounter only marked tortoises during our visits. By the end of the census, we will be able to have a good enough idea on the numbers of tortoises we have on the island,” Zora told Seychelles News Agency.

The tortoises were once found on most of the islands in the Indian Ocean. They were hunted for their meat and disappeared from Madagascar, Mauritius and Reunion islands until 1900, when Charles Darwin offered to pay half the atoll’s lease to anyone who could ensure that the exploitation of the reptile was stopped. Aldabra Island has been managed by the Seychelles Islands Foundation since 1981 as a special reserve. It has been completely protected under the Seychelles National Parks and Nature Conservancy Act, and the giant tortoises have been monitored every month for the past 20 years.