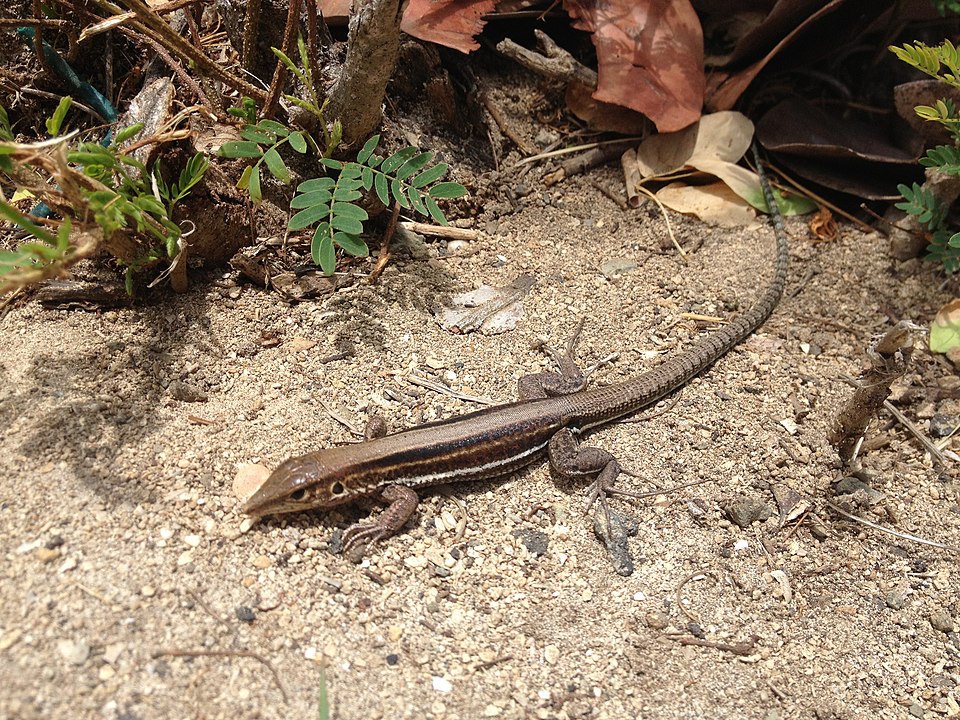 The Saint Croix ground lizard (Pholidoscelis polops) was listed as endangered by the IUCN, and the government of St. Croix has been working on a reint

The Saint Croix ground lizard (Pholidoscelis polops) was listed as endangered by the IUCN, and the government of St. Croix has been working on a reintroduction plan for the reptile one offshore cays adjacent to Saint Croix Island.

In accordance with the National Environmental Policy Act for any project that includes a federally listed endangered species, the United States Fish and Wildlife Service will review the environmental assessment report, which, along with public testimony, will help determine how to go forward with reintroducing the native lizard.

The public comment hearing, which will take place via the Go To Meeting video conferencing platform due to the Covid19 pandemic, is slated for December 15 at 3 p.m.

The Saint Croix ground lizard is a small lizard that grows to between 35 and 90mm in length, snout to vent. It is light brown in coloration with dark brown and white stripes that run down the length of its back. It also has brown, black and white vertical stripes on the sides down to the stomach. It feeds on bugs and small hermit crabs, and are also known to eat berries. It can be found on cays of Saint Croix, on beach areas and upland forests. It is currently found on  Protestant Cay, Green Cay, Ruth Cay and Buck Island.