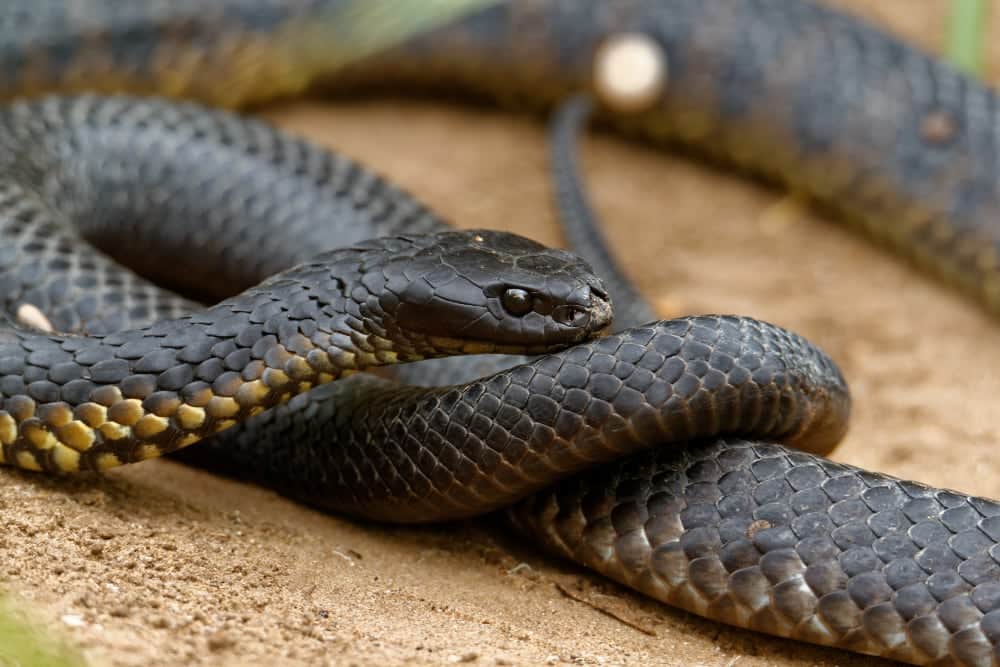 The tiger snake (Notechis scutatus) and the Eastern brown snake (Pseudonaja textilis) are from the sea.

Researchers conclude that the ancestor snake to all Australian elapids have genes that are not found in their land-based relatives.

Researchers with the Australia’s University of Adelaide have determined that the tiger snake (Notechis scutatus) and the Eastern brown snake (Pseudonaja textilis), two of the most iconic venomous Australian elapids, came to Australia via the ocean rather than land. The researchers report their finding s in the journal Genes and analyzed the genomes of both venomous reptiles and compared their data to marine and semi-marine elapid sea snakes and other Asian elapid snakes. 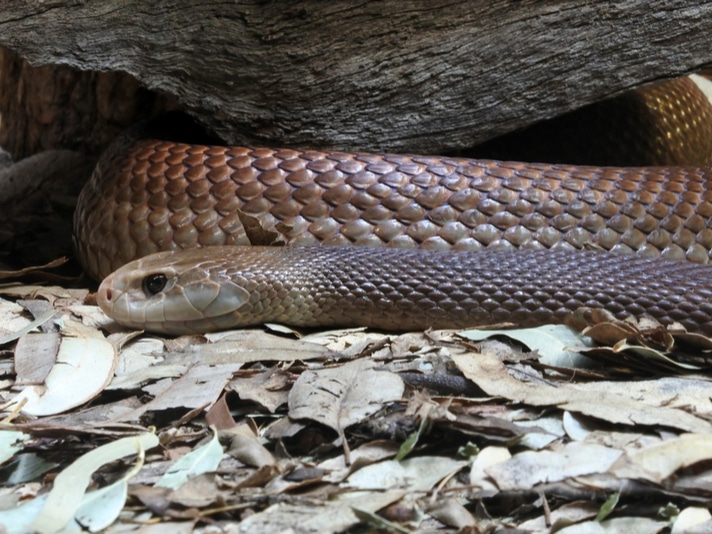 In their study, the researchers conclude that the ancestor snake to all of the elapids in Australia accumulated “self-replicating and self mobilizing genes” or “jumping genes” that are not found in their land-based relatives. The genes came from another source.

“While we know all marine and semi-marine sea snakes descended from a common Australian land-based ancestor, the origin of Australian elapids has been debated for some time,” Prof. David Adelson from the University of Adelaide’s School of Biological Sciences told The University of Adelaide newspaper.
“Some believe their ancestors traveled by land, whereas others hold the more contentious view that a marine or semi-marine ancestor swam here. In our research we found a number of genes that were present in the ancestor of all Australian elapids but could not be traced to a snake ancestor; instead they could be traced to similar transposable gene sequences found in marine life, including fish, sea squirts, sea urchins, bivalves and turtles.”

The Tiger Snake of Australia

The researchers were able to document 14 distinct transfer events of the genetic material from other marine organisms to the snakes, and eight of the genes are unique within the marine and semi-marine snake genomes. The “acquired genes in the semi-marine snakes accounted for 8 to 12 percent of the total genome sequence.”

“This meant that we could unambiguously determine the major genetic differences between land and marine/semi-marine snakes were a consequence of migration into a marine environment,” Prof. Adelson said. “This is the first time that jumping genes have been used to confirm the evolutionary history of any animal species, and this research definitively proved that the common ancestor of all Australian elapids adapted to a marine environment. It may also have made it easier for the subsequent land to marine transition of sea snakes.”

The complete paper, “Horizontal Transposon Transfer and Its Implications for the Ancestral Ecology of Hydrophiine Snakes” can be read on the Genes website.