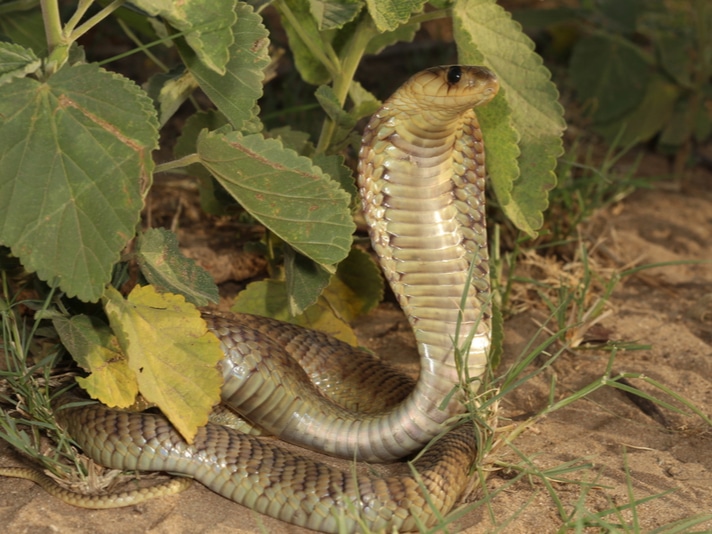 The snake was persistent, but could it have really eaten such a large lizard?

Helen Young was on safari in Kruger National Park, South Africa, last April when she happened upon what must have surely been the sight of a lifetime; a large cobra attacking an equally large monitor lizard on a road. 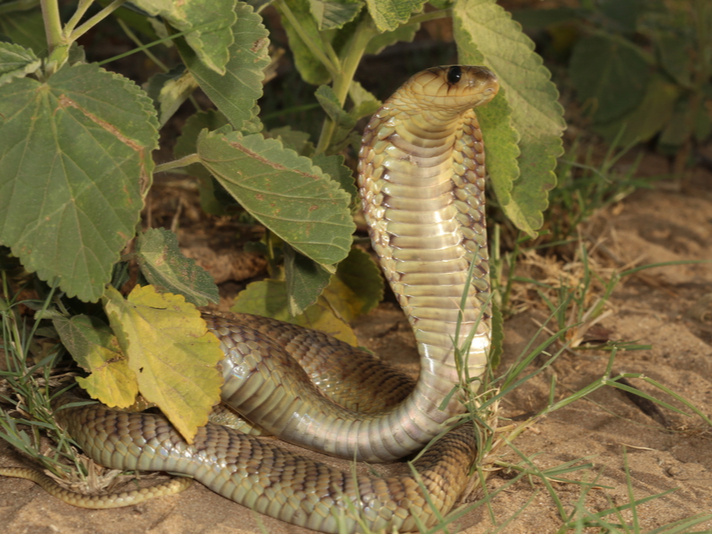 The snouted cobra is also called the banded Egyptian cobra.

“In April this year, I was on a solo trip to Kruger as my husband went climbing. I left Shingwedzi camp as the gates opened and headed off down to Letaba,” Hunt told Latestsightings.com. “Not too far down the road, I came across a very odd looking shape in the distance and I could not make out what it was. I approached slowly and was amazed to find a massive cobra (snouted cobra is the consensus) trying to take on a large monitor lizard.”

“The lizard showed immense strength as it dragged the snake up the road. I didn’t want to move my car in case I spooked the snake – this meant that they got a bit too close for comfort (at one point they were both tangled up partly under my car),”  Hunt told Latestsightings.com.

“As time went on I could see that the lizard was flagging. It had clear bite wounds in its neck and it was covered in venom.”

“Despite this, incredibly, the lizard was able to escape the snake’s jaws a couple of times and made a swift exit. Unfortunately for the lizard, the snake caught it again (once in the face). This went on for some time and the lizard eventually stopped moving.”

Hunt then said the lizard got free of the snake again and as a car drove by, the snake took off. The lizard was left twitching on the road.

Said Hunt: “I’m very glad to have caught this interesting sighting on film to share with others!”