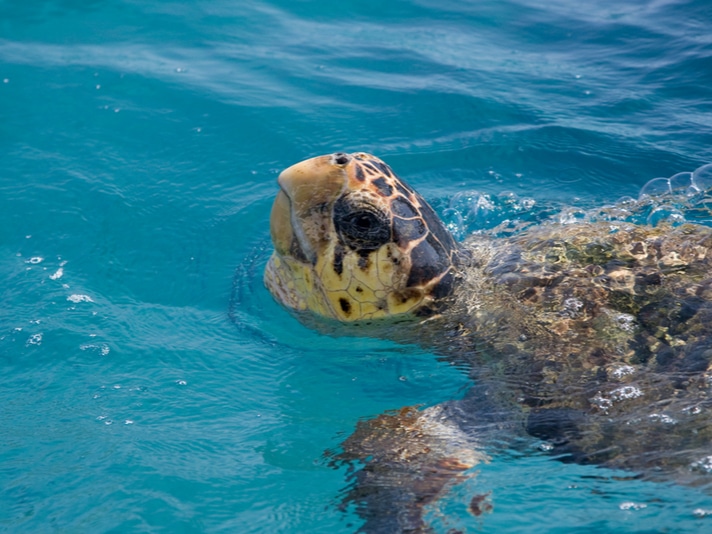 The approximate lifespan of a loggerhead sea turtle is close to 70 years, though some have been known to live longer.

Staff at the Gulf World Marine Park in Panama City, FL announced  on social media that Liberty, a loggerhead sea turtle (Caretta caretta) that has been in their care for more than 30 years, has died.

Gulf world is mourning the death of beloved sea turtle, Liberty. Liberty was a loggerhead sea turtle that stranded on…

Liberty was found stranded on July 4, 1988, in bad shape. She apparently was the victim of a shark attack. Her front flippers sustained severe wounds, and she was unable to navigate due to the damage. She was taken to Gulf World where she lived until her death.
The sea turtle went on to help educate “hundreds of thousands” of visitors over the course of her 30 years at the marine park, according to the News Herald.

The turtle, estimated to be in her 60s, came to the park as a mature adult and was laid back and easy to work with, Sarah O’Neill, an animal care specialist at the marine park told the News Herald.

“She just kind of kept to herself and did her thing,” O’Neill said. “She had one of the cutest faces. It really brightened your day to see her.” She was often the first animal that new employees at the park would interact with due to her easy going nature, and because of this, she has apparently had a lasting impact on those who worked with her.

“It’s been very difficult for staff, getting used to not seeing her face in the channel,” O’Neill said.

“Generations have been able to come back and see her,” Sam Tuno, Gulf World spokesperson told the News Herald. “Liberty touched a lot of lives.” 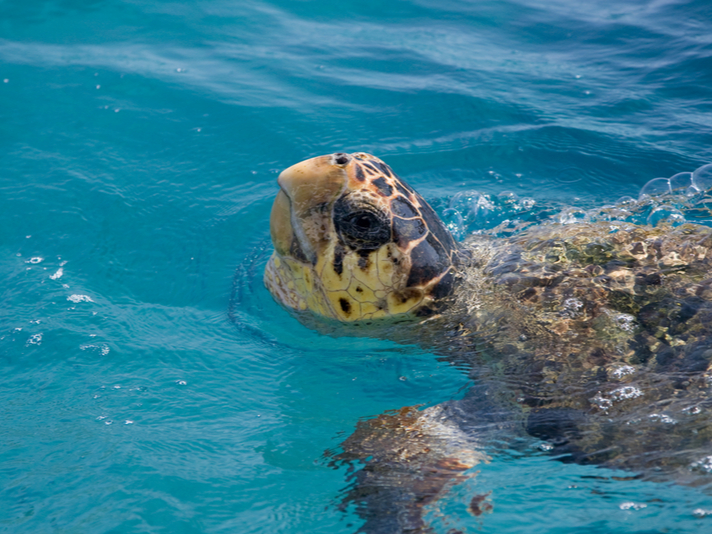 The approximate lifespan of a loggerhead sea turtle is close to 70 years, though some have been known to live longer.

The loggerhead sea turtle has been on the endangered species list since 1978. They grow to about three feet in carapace length and can weigh up to 300 pounds or more. They range from the Atlantic to the Pacific Ocean, the Indian Ocean and the Mediterranean Sea and reach sexual maturity at around 17 years of age. Their approximate lifespan is close to 70 years, though some have been known to live longer.