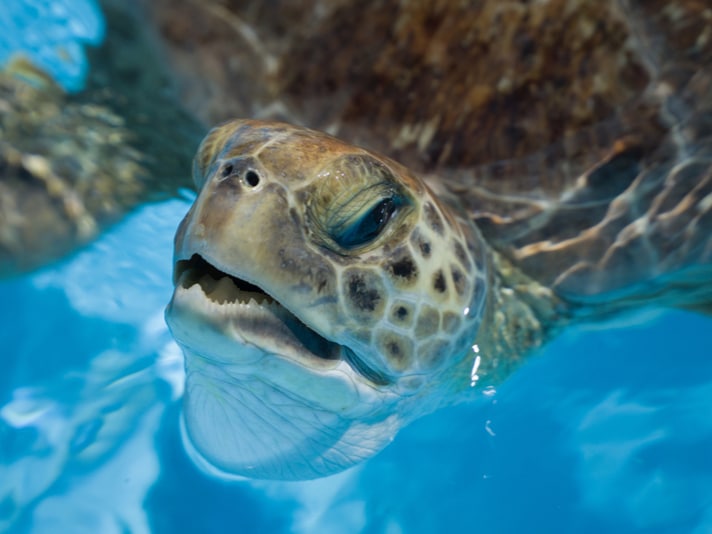 Injured sea turtles need to time before they are released back into the ocean and sea turtle rehabilitation center at Australia's Charles Darwin University provides that time.

Paleontologists In China Discover Pterosaur Nest Of Ancient Reptile Eggs
How Do You Collect Sea Turtle Poop? You Build a Giant “Nappy”
Firefighters Rescue Escaped Iguana From Rooftop In England

The sea turtle rehabilitation center at Australia's Charles Darwin University, reopened July 10 with the capability to rehab up to 20 sea turtles, each in their own quarantine tank with high quality water. The center was reopened by Michael Guinea, the president of AusTurtle, a sea turtle research and conservation group in Australia.

Great achievement by AusTurtle Inc – a refurbed turtle rehab facility at Charles Darwin University thanks to a NT Government Animal Welfare Fund Grant. If you see an injured turtle, this facility can help it recover

"I am grateful to the Ark Animal Hospital’s Dr Stephen Cutter and staff for their support. The support provided by the Australian Marine Conservation Society, Sea Darwin, Parks and Wildlife staff and Dr Carla Eisemberg of CDU is gratefully acknowledged and appreciated," Guinea wrote on the AusTurtle Facebook page.

"The Management Committee of AusTurtle Inc. deserve praise and congratulations for holding it together throughout the duration of the project. I call upon the Minister to speak as he wishes and to ceremoniously open the CDU Sea Turtle Rehabilitation Centre by releasing a sea turtle hatchling into one of our new tanks.

Guinea told ABC News Australia that when a turtle comes in injured, it is first seen by a veterinarian who treats the reptile, but they aren't always ready to be released back into the ocean because of the time it takes for turtles to recover, so they are taken to the rehabilitation center to fully heal. 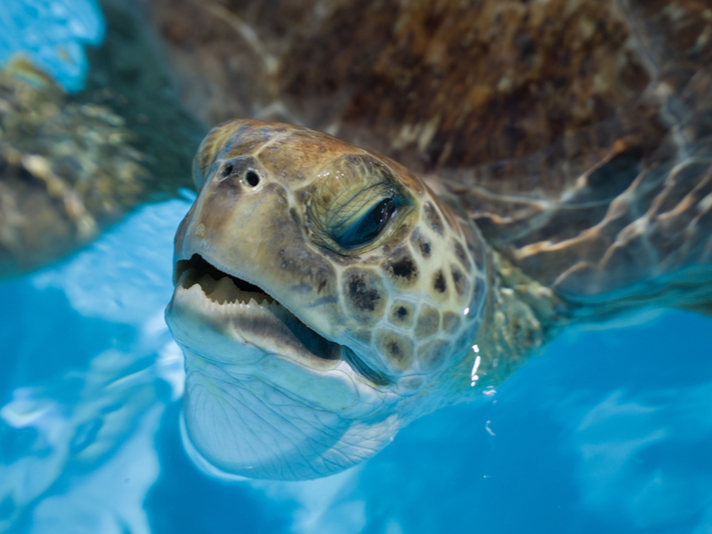 Injured sea turtles need to time before they are released back into the ocean.

"Time is the biggest factor, so what we are trying to do is provide them with the time, expert care, good water quality, uncrowded facilities so they can be released back to where they came from," Guinea told ABC News Australia.

The turtles often come to the center suffering from a variety of maladies.

"There are a number of natural causes of turtles becoming sick, some its diet, you hear of things such as massive floods in Queensland upsetting seagrass beds which causes them to lose weight," Mr. Guinea told ABC News Australia. "Then you also have boat collisions then the shell can be repaired and there is a very long grow-out period for those turtles."

The center was closed for six months as it was upgraded. It is the only facility of its kind in Northern Australia.