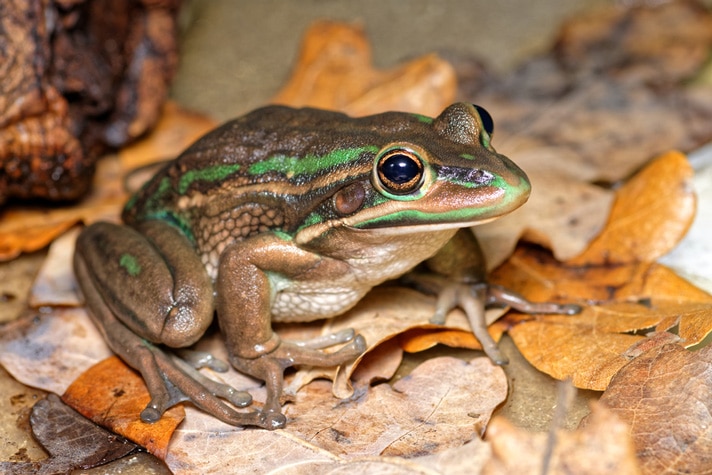 Translocated Australian green and golden bell frogs bred in captivity and released into habitats where salt was added to the water resulted in a 70 percent increased survival rate.

Frog populations around the world have been devastated by Batrachochytrium dendrobatidis, or Bd, the fungal pathogen that causes chytridiomycosis, or chytrid. Researchers in Australia say that good old pool salt has the capability to reduce transmission of the fungus and even clear infected animals of it. 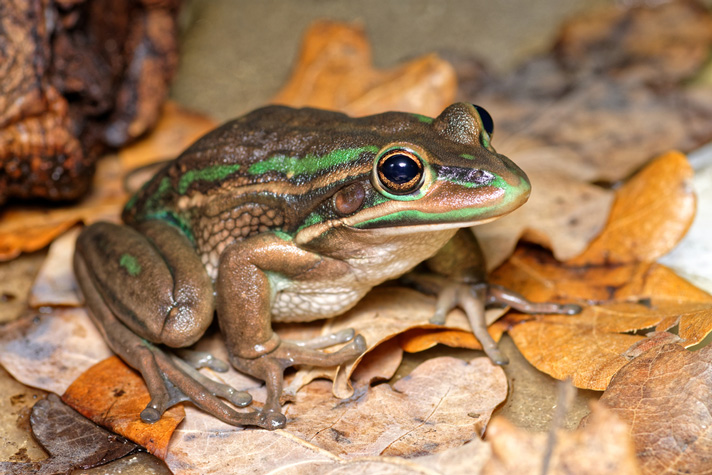 Translocated Australian green and golden bell frogs bred in captivity and released into habitats where salt was added to the water resulted in a 70 percent increased survival rate.

“Chytrid disease is incredibly prevalent worldwide. It has devastated frog populations in Australia, the Americas, Africa and Europe. In fact, it’s easier to say where chytrid isn’t found as the only major climatically suitable landmass left on earth where it hasn’t been detected is New Guinea,” Dr. Simon Clulow, lead researcher at the University of Newcastle and co-author of the paper detailing their findings said in a release put out by the university. “Chytrid is probably the main driver of current frog extinctions and until now we haven’t been able to develop effective controls, especially for wild populations.”

To test their hypothesis, the researchers released 168 captive bred frogs infected with the chytrid fungus and 288 uninfected captive bred frogs into 16 mesocosms, (outdoor experimental systems that examine natural environments under controlled conditions) where the salinity of the waters were controlled. They observed the frogs for 25 weeks, from the mid-austral winter to the mid-austral summer of 2013. The area was a temperate coastal environment of Australia.

“This treatment requires the use of simple pool salt, which is very affordable and easy to access. This overcomes many initial hurdles, particularly in majority world countries where resources are scarce and so many species are at risk,” Clulow said. “People working in conservation or environmental science across the globe will be able to implement this technique quickly and easily for many species and hopefully change the worrying trajectory so many frog species are on.”

What they found was when salinity was increased from c.0.5 ppt to 3-5-4.5 ppt the transmission of the fungus was reduced between infected and uninfected animals. This resulted in significantly reduced deaths in the elevated salt mesocosms (0.13, high-salt vs. 0.23, low-salt survival at 23 weeks, according to the study).

The researchers noted that an increase in water temperature with that of the summer season cleared all surviving frogs of the fungus.

The researchers translocated Australian green and golden bell frogs (Litoria aurea) bred in captivity and released them into habitats where they added salt to the water (within natural pond variations in salinity) and noted the frogs had a 70 percent increased survival rate.

“This is an incredible outcome and gives us the first viable treatment option for chytrid in the wild,” Clulow said. “This study established that by elevating salt levels very slightly – we’re still talking fresh water that you could drink, we can block the disease and lower the transmission rate of the disease from one frog to another.”

Clulow plans to collaborate with scientists in Ecuador to conduct further testing. An abstract of the research article, Elevated salinity blocks pathogen transmission and improves host survival from the global amphibian chytrid pandemic: Implications for translocations, can be found on the Journal of Applied Ecology website.
.