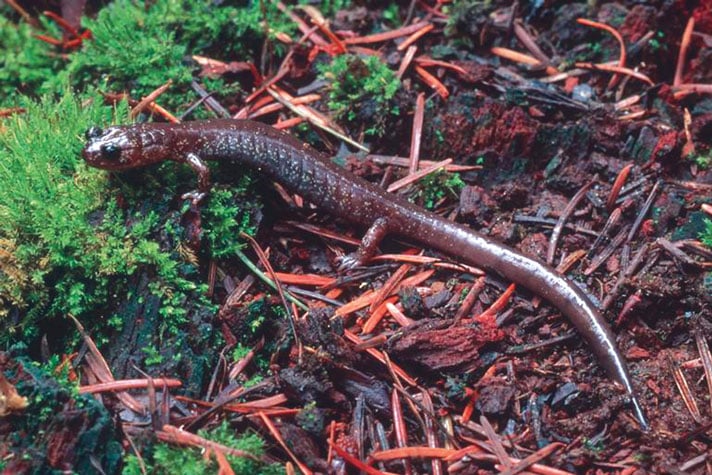 The Siskiyou Mountains salamander lives in the Klamath-Siskiyou region of southern Oregon and northern California.

The U.S. Fish and Wildlife Service was served notice today that several conservation groups suing it for failing to protect the Siskiyou Mountains salamander (Plethodon stormi).

“This rare salamander is quickly losing habitat to logging and wildfire and needs protection before it disappears forever,” Jeff Miller, senior conservation advocate with the Center for Biological Diversity, said in a statement released to the media. “With the Trump administration dragging its feet on safeguarding this species, we have no choice but to go to court."

Conservation groups first tried to get the salamander protected under the Endangered Species Act in 2004. To prevent the listing, the Bureau of Land Management and the USFWS agreed to protect 110 salamander habitats in the Applegate River watershed. In 2008, Fish and Wildlife denied protection of the amphibian based on the agreement.

The salamander lives in the Klamath-Siskiyou region of southern Oregon and Northern California and, according to the Center, is threatened by Trump Administration plans to increase logging in southern Oregon.