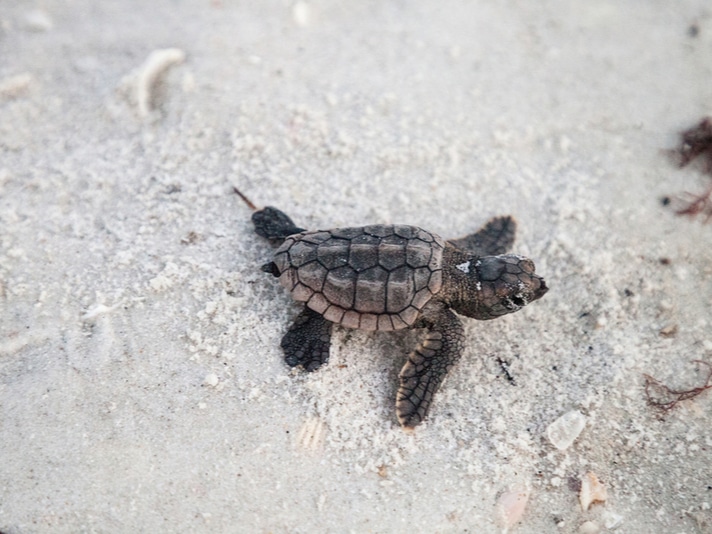 While a couple admitted removing the turtles from the beach, authorities continue to investigate the incident.

Ain’t She A Beauty? Check Out This Massive Red-Bellied Black Snake
Eight Alligators and Venomous Snakes Seized From California Homeowner
Baby Dies After Feeder Rat Bites Him On Finger

Six hatchling loggerhead turtles (Caretta caretta) were found swimming in a waste basket in a Florida hotel room July 24. Five of the sea turtles were released into the ocean, while the sixth, named Admiral, will stay with the Tybee Island Marine Science Center, with permission from the Georgia Department of Natural Resources, to serve as a turtle ambassador.

And the name for the sea turtle hatchling is… Admiral! We received almost 600 name suggestions, which science…

According to the Savannah Morning News, a couple from Kentucky admitted to police that they took the turtles, while intoxicated, in an effort to keep others from taking the turtles. The incident is still being investigated by federal wildlife officials, as “taking, possessing, disturbing, mutilating, destroying, selling and harassing” sea turtles, their nests and their eggs is a federal crime, with fines ranging from $1,000 to $10,500.

Admiral, was so named after the Savannah Morning News and the science center held a naming contest. The contest had more than 600 entries. The turtle was named Admiral after the hotel in which it and its siblings were found, the Admiral’s Inn in Tybee, FL.

“Admiral is pretty perfect in our opinion for the name because it was found at Admiral hotel,” the science center’s curator, Chantal Audran told the  Savannah Morning News. “It really ties in the connection of its awesome story. It will help us be able to interpret to the public that we should not be touching or disturbing the nests of loggerhead sea turtles.”

The science center will raise Admiral for two years before he or she is released into the ocean. This will give the little turtle a chance to grow bigger and be better equipped to survive.

“It gives it an increased chance of survival being with us for the next two years,” Audran said. We’re honored to give a threatened species a better chance at life. When they’re small like this, the size of a potato chip, the predation level is high. Even a large fish can have a bellyful of hatchlings, so were excited to grow it to about 16 pounds then we’ll be releasing it into the Gulf Stream where others its size are.” 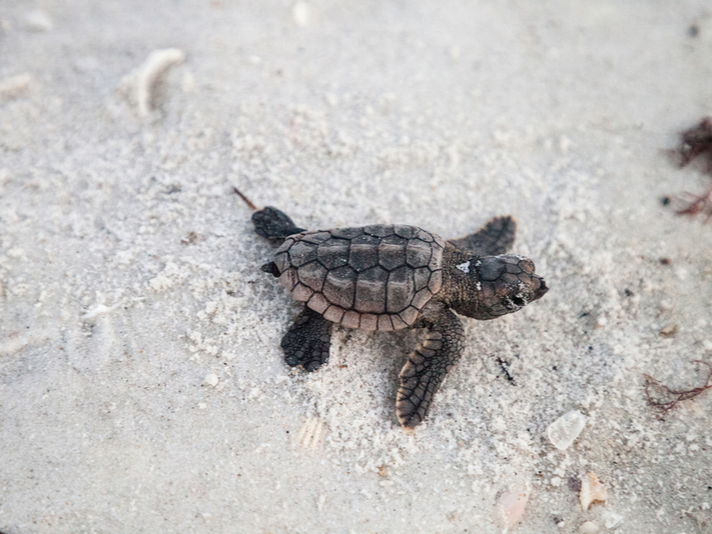 Loggerhead sea turtles are one of the largest sea turtle species, capable of attaining weighs approaching 300 pounds and lengths of around 7 feet. They can be found in both the Atlantic and Pacific oceans, as well as the Indian Ocean and the Mediterranean Sea. They feed mainly on invertebrates such as shrimp, jellies, squid, sponges and sea urchins. Their nesting in Florida begins in May and ends in August.