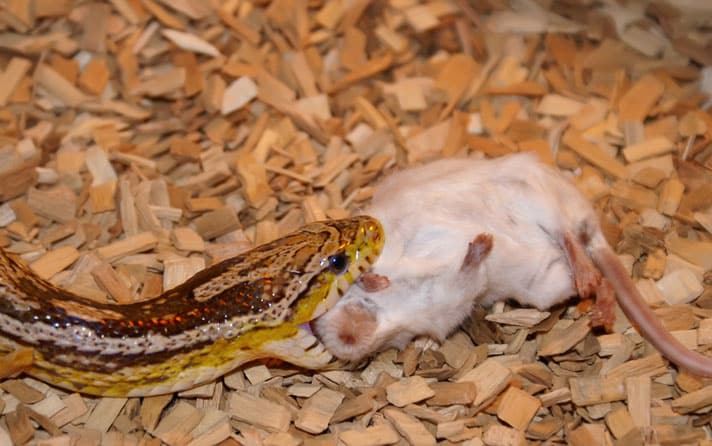 Snakes Spread Plant Seeds Via The Rodents They Eat

Researchers say the role of snakes as ecosystem servicers should be further studied.

Snakes have an important role in not only keeping rodent populations in check, but may also responsible for the dispersal of plant seeds that the rodents eat, according to a new study published in the Proceedings of the Royal Society B. 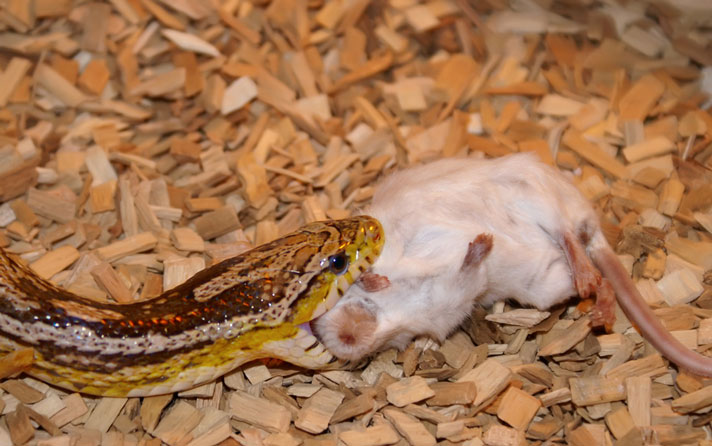 Researchers say the role of snakes as ecosystem servicers should be further studied.

Their paper, “Seed ingestion and germination in rattlesnakes: overlooked agents of rescue and secondary dispersal” says that snakes could be integral in the dispersal of seeds and may benefit the ecology of terrestrial plants. While raptors, coyotes, and other animals that feed on rodents are known seed dispersers, the role of snakes as seed dispersers is still unknown.

So, the researchers examined the stomach content of 50 snakes from museum collections and found prey items in 22 of the snakes for a total of 36 rodents. From within the rodents, they found 971 seeds, 19 of which germinated, and 11 of which were inside a single snake.

This was enough evidence, the researchers said, to claim that three North American rattlesnake species that they studied could spread viable plant seeds by eating the rodents and dispersing the seeds when they poop.

The researchers did say that there are other snake species that eat seed-eating rodents, so further study is needed to determine the efficacy of the seed dispersal.

An abstract of the research paper can be read on the Proceedings of the Royal Society B website.