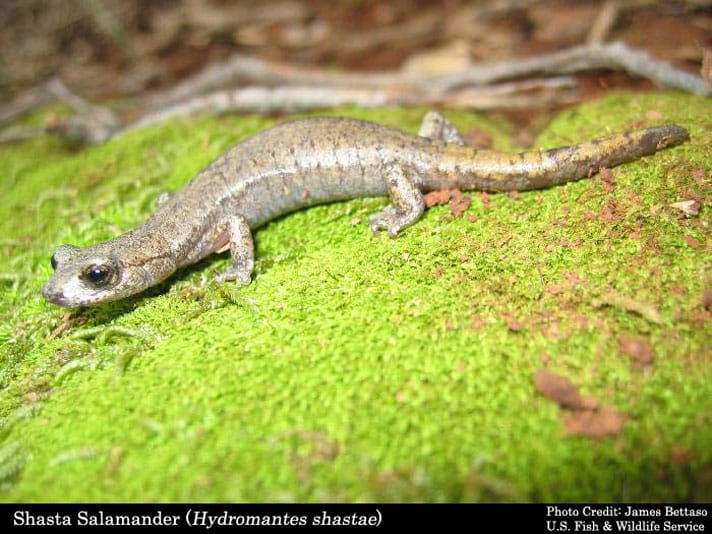 The Shasta salamander needs federal protections, according to the Center for Biological Diversity.

The Center for Biological Diversity has filed a notice of intent to sue the U.S. Fish and Wildlife Service for failing to protect three newly recognized salamander species under the Endangered Species Act. In 2012, the Center filed a petition with the Secretary of the Interior to protect 53 amphibians and reptiles, including the Shasta salamander (Hydromantes shastae). By law, the USFWS must make a decision whether to afford protections to a species within one year, but failed to do so. 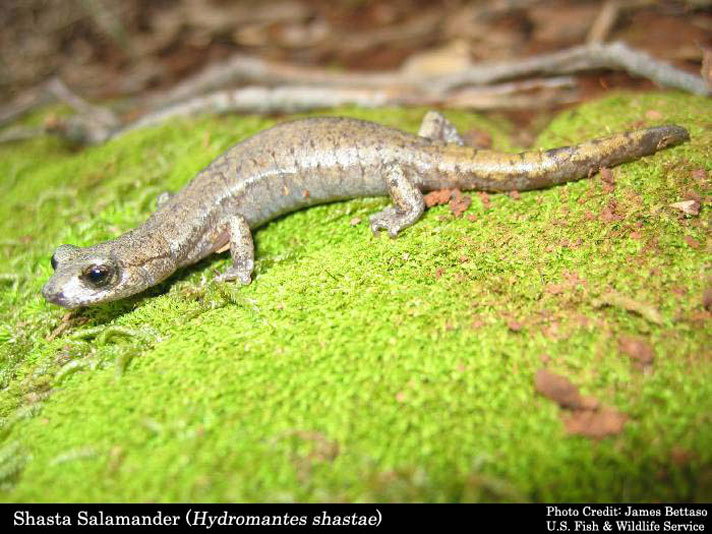 The Shasta salamander needs federal protections, according to the Center for Biological Diversity.

“Like too many California amphibians, these salamanders are spiraling toward extinction,” Jenny Loda, a Center biologist and attorney who works to protect vulnerable amphibians and reptiles said in a statement. “To preserve these amazing animals, the Fish and Wildlife Service has to protect them quickly under the Endangered Species Act.”

Back in 2012, the Shasta salamander was known as only a single species, but research published this year determined that the amphibian was actually three distinct species, even though all three live near Shasta Lake.

The salamanders are threatened in part by efforts to raise the level of the Shasta dam, which would flood the habitat of the amphibians, according to the Center. The Center says that the USFWS does not plan to review whether the salamanders should be protected until 2022, which is 10 years after the petition was filed. Construction to raise the level of the dam is slated for 2020, which would be too late for the amphibian, according to the Center.

“If we’re going to save the Shasta salamanders, there’s no time to waste,” Loda said. “With a near-perfect record at saving the species it protects from extinction, the Endangered Species Act is our best hope for keeping these rare creatures in the world.”

The Shasta salamander is comprised of three distinct species, which also includes the Samwel Shasta salamander and the Wintu Shasta salamander. It grows to about 4 inches (10 cm) in length and is dark reddish brown in coloration with grayish green and tan-colored specks on its skin. They have webbed toes that enable them to climb slippery rock surfaces, and brood their eggs in moist caves during the summer months.