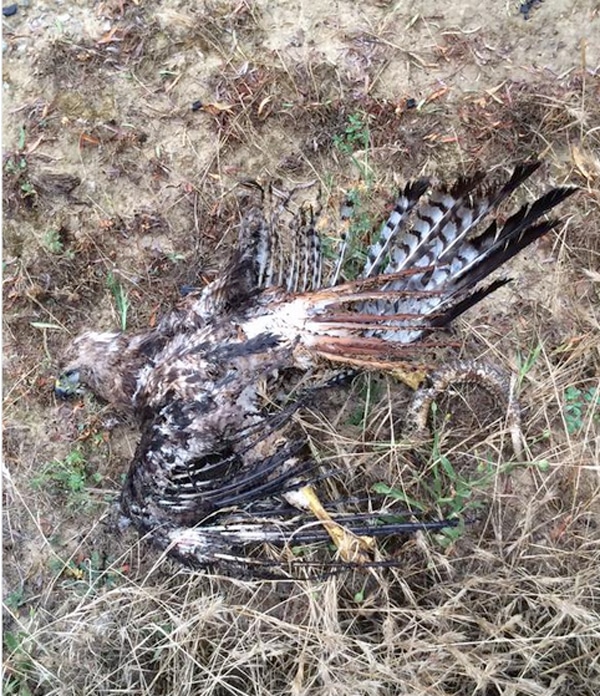 Hawk With Snake In Its Talons Causes Brush Fire In San Diego, Calif.

This probably never happened before but it is really interesting. A fire in San Diego, Calif. was caused by a hawk who struck a power line, was electr

This probably never happened before but it is really interesting. A fire in San Diego, Calif. was caused by a hawk who struck a power line, was electrocuted,  and caused a fire after it fell to the ground.  What does it have to do with reptiles? Well the hawk had a snake in its talons and the snake could have been fighting to free itself from the hawk, potentially distracting it enough to hit the power line. Both animals were killed. 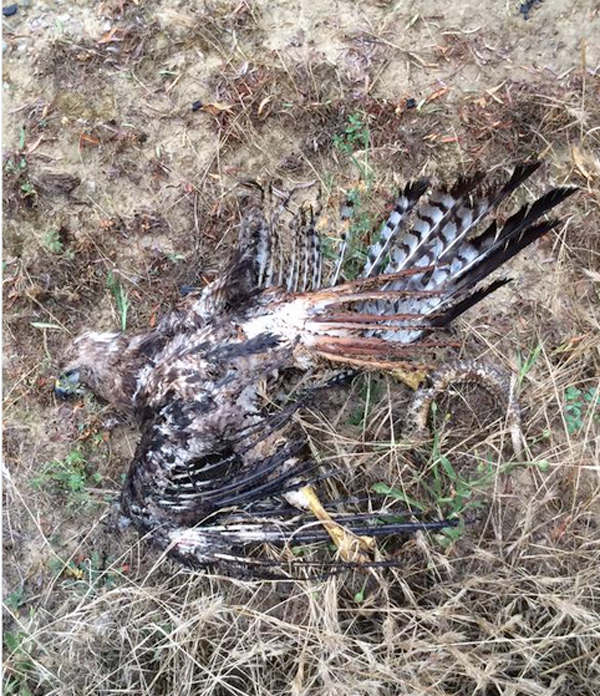 Look closely to the right of the dead raptor and you can see the snake's body, still in the grips of the talons.

"A hawk that hit the high voltage power line, caught fire, and fell to the ground," SD Fire-Rescue spokesperson Lee Swanson said in a statement put out by the department.  The department released a photo of the charred bird of prey, and if you look closely enough, you can see the snake, still in the talons of the raptor.

It took 80 firefighters about an hour to put the fire out and no injuries or businesses were threatened by the fire, but the poor hawk and snake were charred.