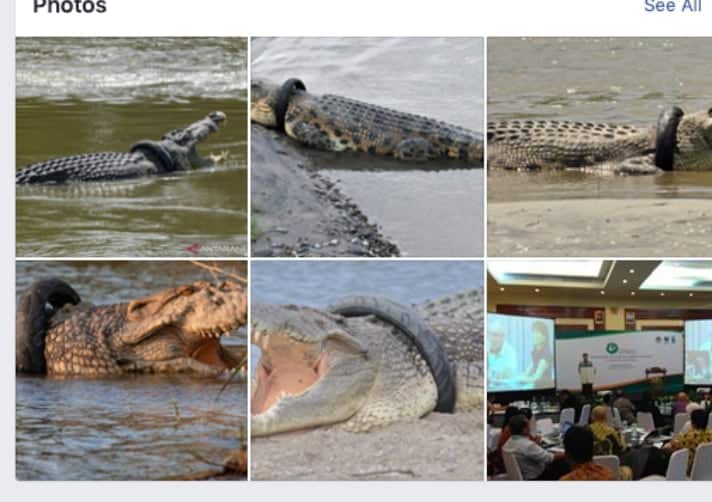 It is not known how long the tire has been stuck around this Siamese crocodile's neck.

A 13-foot crocodile that survived a tsunami and earthquake in 2018 with a tire stuck around its neck is the subject of a contest being conducted by the Central Sulawesi Natural Resources Conservation Office (BKSDA), in an attempt to free the croc from the tire. 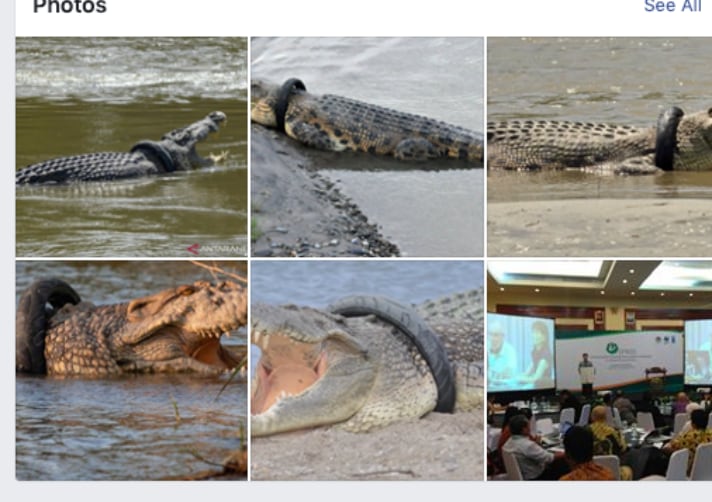 It is not known how long the tire has been stuck around this Siamese crocodile's neck.

"A reward will be given to anyone, who can release the hapless reptile," Central Sulawesi BKSDA chief Hasmuni Hasmar told Antara News. The prize has not been disclosed.

Although it hasn’t been confirmed, some believe the reptile is a critically endangered Siamese crocodile  (Crocodylus siamensis), a freshwater species native too Indonesia (Borneo and perhaps Java), Brunei, East Malaysia, Laos, Cambodia, Myanmar, Thailand and Vietnam.

Officials with the office speculate as the crocodile grows, the tire may become noose and strangle the reptile, hence the contest to remove it. There have been several attempts to trap the crocodile so the tire can be removed but so far, all have failed. The crocodile’s plight is also allover social media. Hopefully, some professionals will be able to capture the crocodile and remove the tire before it does damage to the animal.