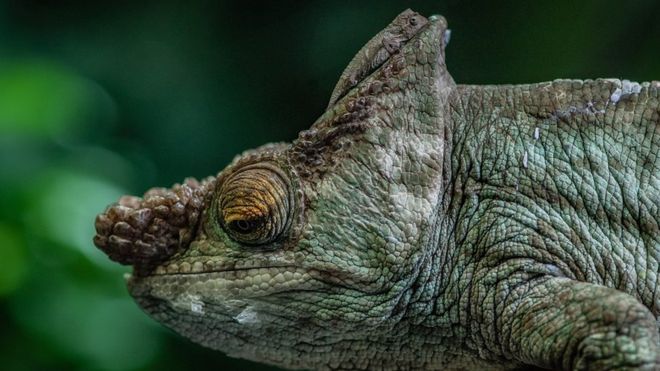 The zoo is hoping to establish a robust breeding program for the species.

The Chester Zoo in England announced January 30 that it has successfully hatched three bearded pygmy chameleons (Rieppeleon brevicaudatus) January 23. The reptiles emerged from their shells after a 70 day incubation period, according to the zoo.

"These tiny hatchlings will grow to be just three inches in length. At the moment, they're being cared for in our special, behind-the-scenes rearing facilities, Ben Baker, team manager of reptiles at the zoo told the Daily Record. "The new clutch will play a vital role in establishing a new breeding programme – a carefully managed initiative between many of the world's most progressive zoos. This will allow us to create a sustainable population and help gather new information about the species that has previously been unavailable to us, helping us play a key role in preventing the extinction of chameleons and other reptiles in the future."

Bearded pygmy chameleons are native to coastal forests of Tanzania and can also be found in Kenya. They are minuscule in size, growing to just three inches in length. With the clutch that just hatched, the zoo is hoping to establish a breeding program of the species in an effort learn more about the species.