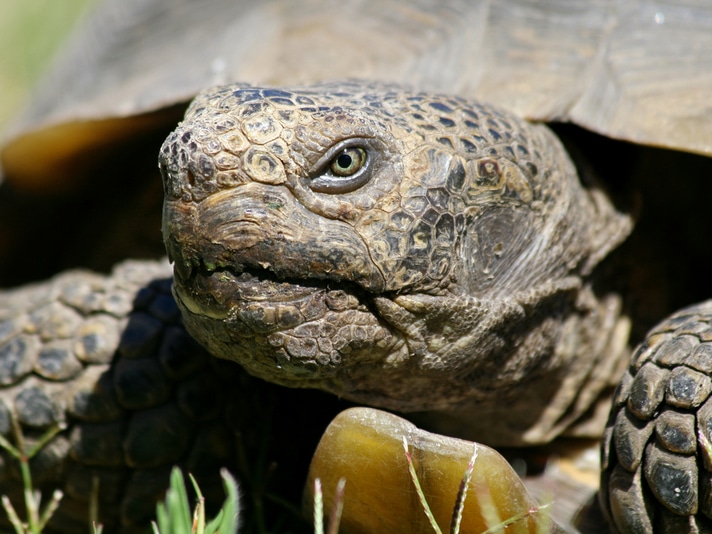 Momma Possum Fends Off Carpet Python That Tried To Eat Her Baby
The Northern Leopard Frog: From Egg To Frog
Shooting Reptiles With Your Cell Phone Camera

The desert tortoise  (Gopherus agassizii) in California has had 11 square miles of habitat on private land set aside in an effort to offset the impacts of development that may occur in the future, according to a report in the Riverside Press Telegram.

The move by Cadiz, Inc., a company that bills itself as a “renewable resource company” to establish the Fenner Valley Desert Tortoise Conservation Bank does not come without controversy. While some environmentalists applauded the move, others believe that the company is just greasing the wheels in an effort to gain favor for its plan to pump groundwater from the Mojave Desert and pipe that water to cities in drought-parched southern California.

The company’s “conservation bank” is on the southeastern edge of the Mojave National Preserve and is not anywhere near the proposed water mining operation that the company hopes to get approved in the near future. That area is between the Joshua Tree National Park and the preserve.

Critics argue that the plan to pump groundwater would drain an ancient aquifer and dry up springs in and around Fenner Valley that the flora and fauna in the area rely on. The critics also note that the protected desert tortoise habitat would not mitigate or minimize damage that the water pumping scheme would do to the valley.

"We feel that this recent effort is an attempt to greenwash that project,” Seth Shteir of the National Parks Conservation Association told the paper.