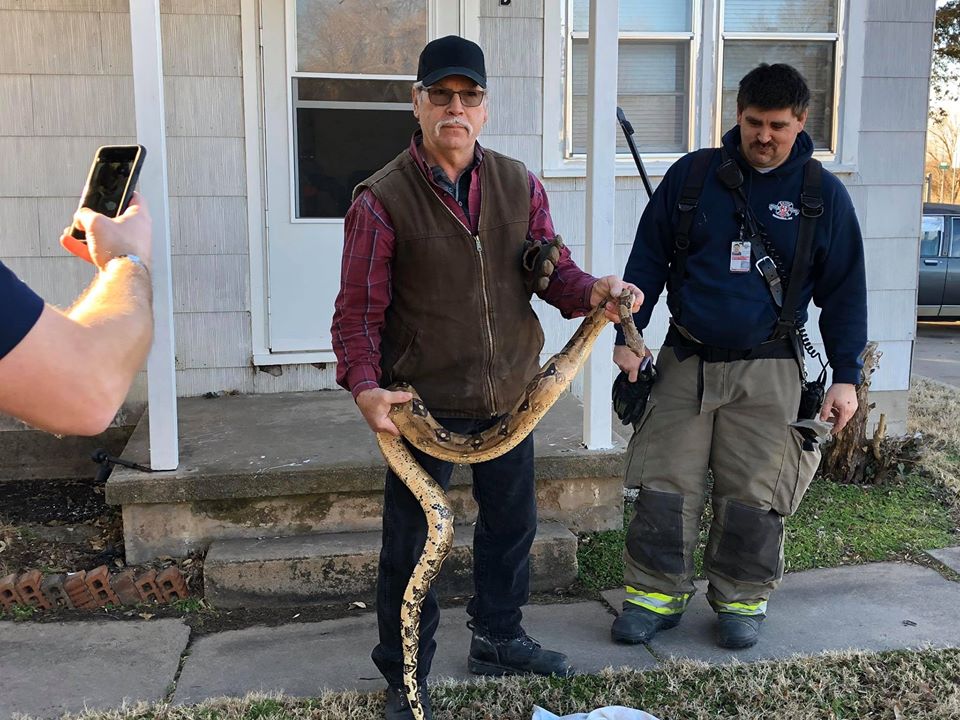 The boa constrictor has not yet found its owner.

A 6-foot boa constrictor was found in a couch of a Rose Hill, Kan., man and the firefighters who retrieved the reptile are hoping that the owner comes forward to claim it. The owner of the couch called 911 January 27 when he happened upon the snake relaxing inside of his couch, and Butler County Fire District Deputy Fire Chief Linot came out and safely removed the snake.

This morning, we were asked by Rose Hill PD for assistance with an unusual call in Rose Hill. A citizen called 911 and…

A man in the home was searching for his keys and when he pulled up some cushions on the couch, he saw the reptile.

"I figured (the keys) slipped through the couch cushions. And so when I moved them, there was a giant brown snake," the man told a 911 dispatch operator when he called for assistance.

“This morning, we were asked by Rose Hill PD for assistance with an unusual call in Rose Hill, the Butler County Fire District wrote on its Facebook page. A citizen called 911 and reported finding a six foot (Edit: Boa Constrictor) in their living room couch!”

BCFD#3 responded and the snake was wrangled by our resident snake charmer, Deputy Fire Chief Linot, who is pictured along with Firefighter Kolter.

Thus far, nobody has claimed the snake, though the department has fielded calls from folks as far away as Florida expressing interest in adopting. The boa constrictor is currently in the care of the Tails & Scales Pet Shop in the city and if nobody claims the reptile, it may be donated to a group who visits local schools and teaches students about reptiles.