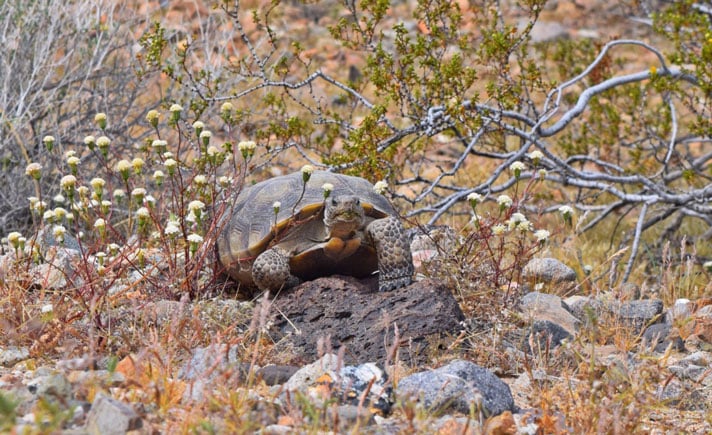 US Marines Control Raven Populations To Save California Desert Tortoises

The decline in Mojave desert tortoises is attributed to the increase in the raven population, according to the U.S. Marines.

The desert tortoise (Gopherus agassizii) in California’s Mojave Desert has been on the Federal Endangered Species List since 1990 because its populations have declined rapidly, and this has correlated with the rise in the raven population. The increase in the raven population is due in part to the addition of power lines that run through the desert, enabling these predatory birds to nest without fear of predation, according to a press release put out by the Marine Corps Logistics Base Barstow, California. 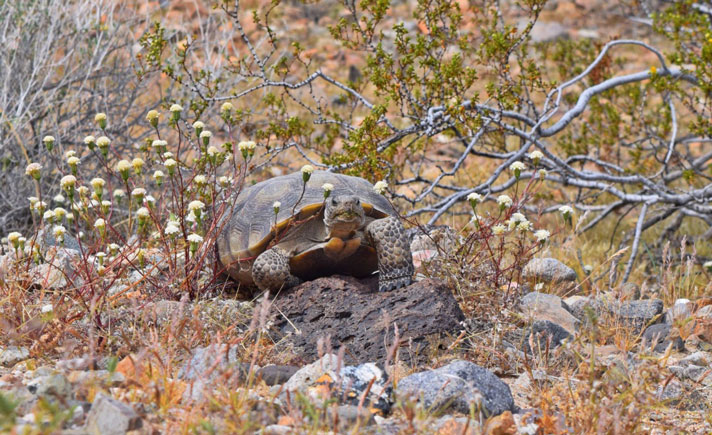 The decline in Mojave desert tortoises on Marine Corps Logistics Base Barstow, California is attributed to the increase in the raven population, according to the U.S. Marines.

“Here in the Mojave Desert, the U.S. Fish and Wildlife Service noticed that as the Desert Tortoises were declining, less and less juvenile tortoises were being observed during surveys, there is a direct correlation to an increase in raven population,” Cody Leslie, natural resource specialist for the base said in the press release. “When I say direct correlation,’ I mean that as the tortoises are decreasing in population, the ravens have increased by as much as 1,500 percent. That’s a huge increase.”

These birds have been documented to attack and eat desert tortoise hatchlings and even adults in the Mojave Desert.

“Now we’re even finding that they’re even attacking the healthy adult tortoises,” Leslie said. “They are attacking and killing them via their shell access points. It’s pretty gruesome."

Researchers conducted a study whereby they employed dummy adult tortoises and with cameras attached to the dummies, captured footage on how the ravens attacked the tortoises. They found that 43 percent of the adult-sized dummies were attacked by the ravens.

The researchers on the base noted that there are adult breeding tortoises, but they have not yet found juveniles or hatchlings on the base in some time. They say that this is due to the raven population, which they say is out of control.  So to try and mitigate the raven population, the marines have employed a technique called egg oiling. This involves drones as well as hand held-oiling of raven eggs. The oil essentially suffocates the fetus in the egg, preventing it from developing. The ravens continue to incubate the now infertile eggs for the duration of the breeding season and don’t breed again that season.

“Over time, we are reducing the number of breeding ravens,” Leslie said. “When the 2009 Raven Environmental Assessment was conducted, it was shown publicly that it does not have a detrimental impact on the overall raven population. It only manages to control populations in the Critical Mojave Desert Tortoise Habitat.”