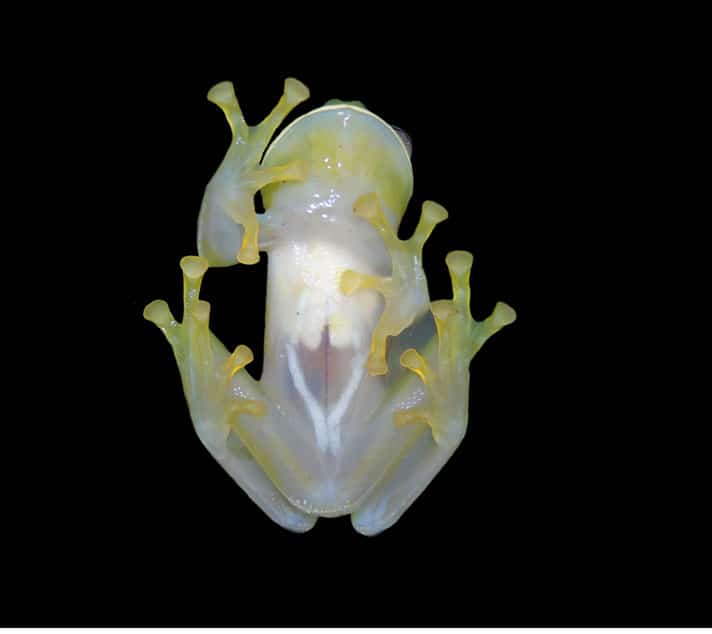 The Guajira giant glass frog is native to a remote mountain in Colombia.

Researchers have discovered and described a new species of glass frog from the Sierra Nevada de Santa Marta mountains of Colombia. The way in which the Guajira giant glass frog (Ikakogi ispacue) was discovered can be described as nothing more than dumb luck. 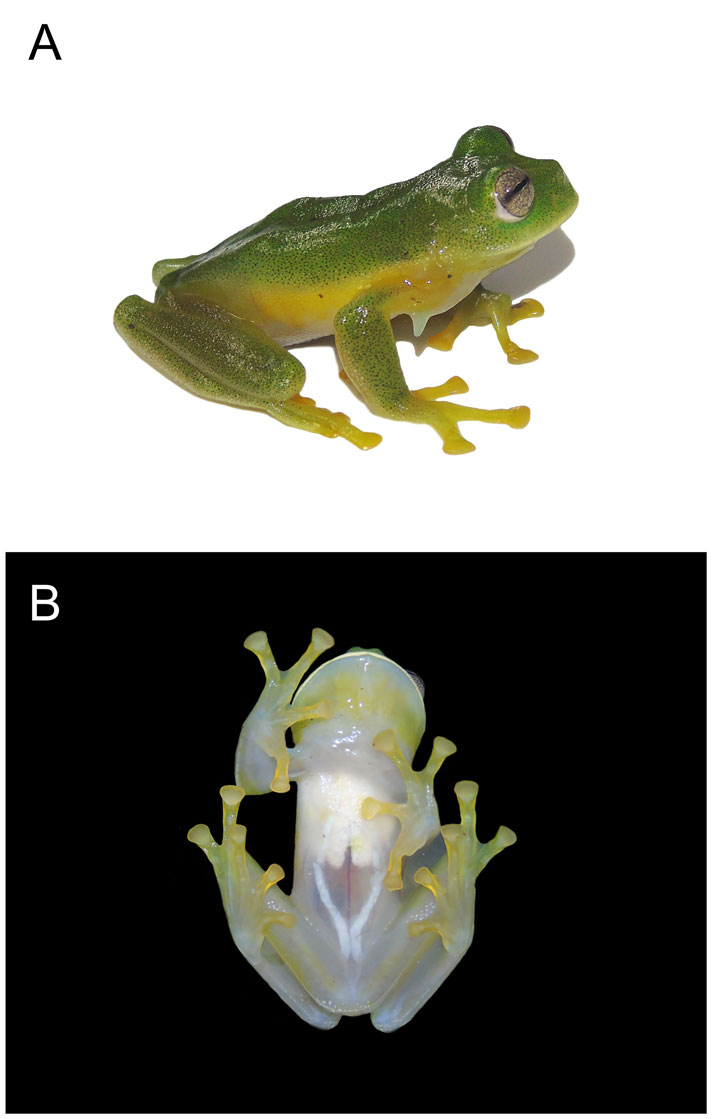 “We had gone out on an expedition to survey a population of harlequin toads and on the way back decided to sleep by a creek because we were too far from the city to make it by nightfall,” Pérez-González, vice president of Global Wildlife Conservation's partner Colombian NGO Fundación Atelopus.

“We got bored and went to explore the creek where we found a glass frog—but the frogs’ calls were markedly different from the call of the species we already knew, the endemic Magdalena Giant Glass Frog. It was a beautiful experience to find an entirely new species just because we were being lazy. It was a real stroke of luck.”

The Guajira giant glass frog was first discovered in 2015, but describing the  species took several years, with the PLOS One journal publishing the research paper May 8. It resides on a mountain range in Colombia and has transparent belly skin along with a high pitched call.

“Having the fortune to discover a healthy population of a new frog species gives us hope in the context of extinction, reminding us that there are opportunities to maintain and protect our wonderful biodiversity, and that we need to act soon to secure a future for all of the wildlife around us,” Lina M. Valencia, GWC’s Colombia conservation officer said in the GWC website. “This is especially true in the Sierra Nevada de Santa Marta, which is an untouched and understudied place, a magical place of wonder and natural discovery. It holds the incredible promise of abundant opportunities for discovery and protection.”

The complete paper, "The poverty of adult morphology: Bioacoustics, genetics, and internal tadpole morphology reveal a new species of glassfrog (Anura: Centrolenidae: Ikakogi) from the Sierra Nevada de Santa Marta, Colombia" can be read on the PLOS One Journal website.