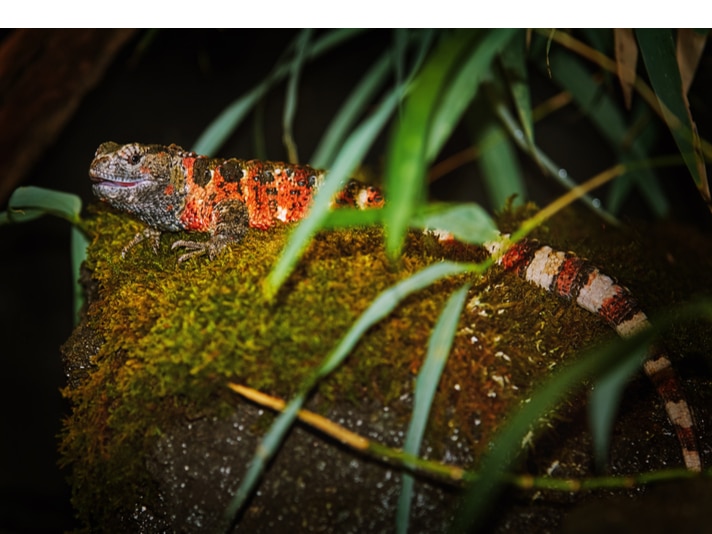 It is estimated that there are less than 1,000 Chinese crocodile lizards left in the wild.

The Chinese crocodile lizard (Shinisaurus crocodilurus) ranks fifth on the Zoological Society of London's EDGE list of endangered reptiles. The ZSL estimates that there are fewer than 1,000 individuals left in the wild. The reptile is found in southern China and northern Vietnam, and is so named due to two rows of scales that sit atop its tail, which some say looks like a miniaturized crocodile tail. 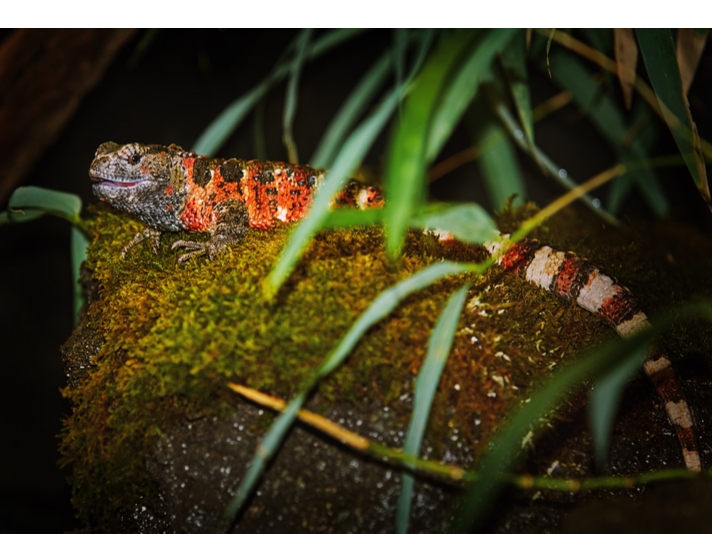 It is estimated that there are less than 1,000 Chinese crocodile lizards left in the wild.

The lizard is a powerful swimmer and has been observed perched on branches that overhang slow moving streams as well as ponds, according to ZSL.

The Chinese crocodile lizard is listed as endangered by the IUCN Red List, and its trade is regulated as it is a CITES Appendix II animal. It was added to Appendix II in 2017. It is a low producing reptile, with a single female giving birth to about 12 or less babies each year.

It is the sole surviving species in its genus and its family, Shinisauridae. Its branch on the tree of life extends back more than 100 million years, 40 million years before dinosaurs became extinct.

The major threats to this species include habitat loss and harvesting for domestic use as well as for the international pet trade, even though this species can be captive bred. According to the ZSL, less than 50 percent of the species is located in areas protected by the governments, while more than 50 percent live in areas that are not protected.

It is a semi-aquatic species that lives in densely vegetated subtropical forests. It is found in just two provinces in China, and on a single mountain in Vietnam, more than 500 kilometers from the Chinese population. The conservation attention for the Chinese crocodile lizard is listed as low.