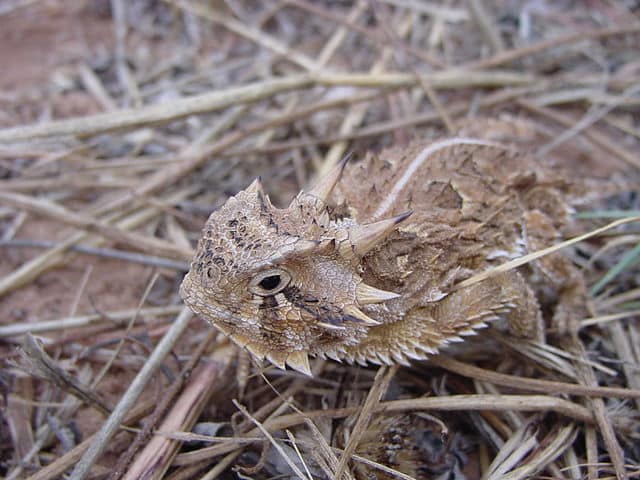 Texas Horned Lizard Subject Of Conservation Study By U. Of Texas Master’s Student

Jamie Killian, a master's candidate at the University of Texas, San Antonio, is launching the South Texas Horned Lizard Project that will work to determine why the Texas horned lizard (Phrynosoma cornutum) is declining in the state and how to develop conservation strategies to help the reptile. 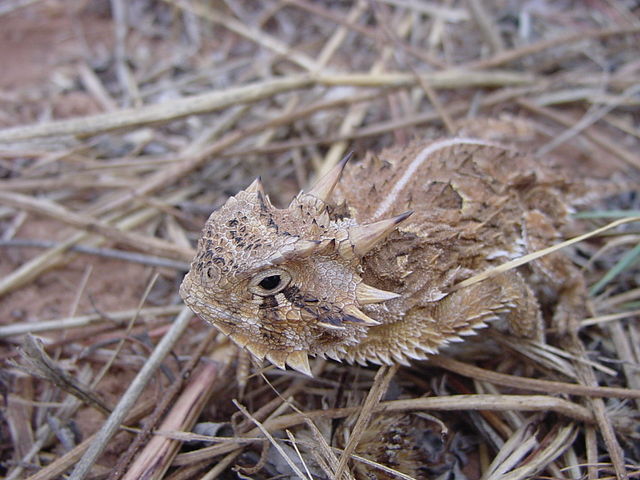 “The Texas horned lizard is an animal that I remember playing with every summer as a kid," Killian told UTSA Today. "It’s just kind of a unique, cute, iconic Texas species. I work with landowners in Karnes and Wilson counties and almost everyone asks me about horned lizards.”

Killian, who is also a full time wildlife biologist for the Texas Parks and Wildlife Department, will survey five study sites in Karnes and Wilson counties, located southeast of San Antonio. She will look for the lizard in varying types of habitats and will also seek community input to help bolster her research.

“Texas Parks and Wildlife has developed some habitat classifications for lizards, so I will survey in each of those habitats,” she said. “There are five classifications and they’re represented across those study sites. I will use visual encounter surveys that consist of 60-meter transects that I will walk and count all the horned lizards I see. I’ll also count predators if I see them along the transects as well as fresh lizard scat.”

The Texas horned lizard, also called the horny toad, is in decline in most of the state except west Texas, according to Russell Martin, a wildlife biologist with the Texas Parks and Wildlife Department. In addition to Texas, the lizard can also be found in southwestern Missouri, Kansas, much of the Southwestern United States and Mexico. It is against the law in Texas to kill the horned lizard or to collect it and keep it as a pet. While horned lizards are probably the coolest looking reptiles in North America, unless you have a steady supply of harvester ants (these lizards eat thousands of ants everyday) they are virtually impossible to keep.