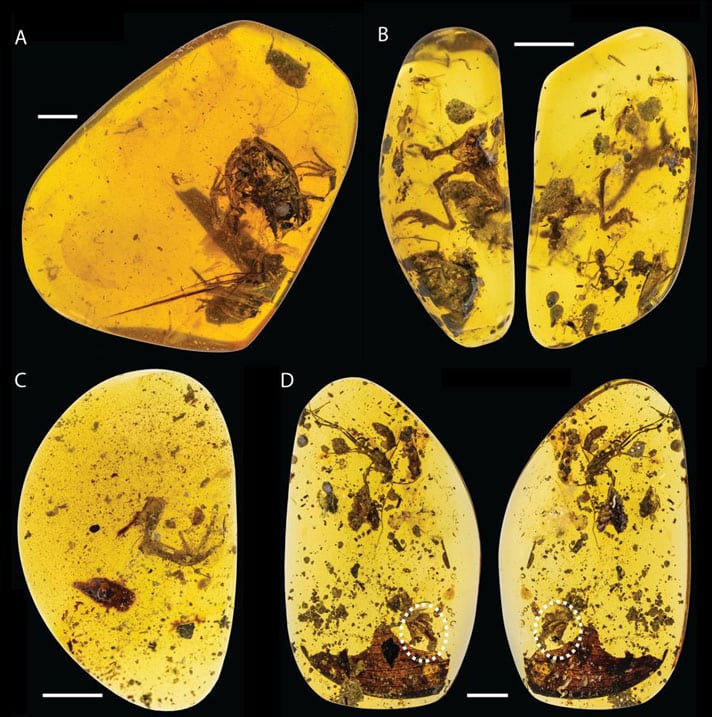 Electrorana limoae is one of four known fossils to exist that scientists say is direct evidence that the amphibians lived in wet tropical forests.

Snake on a Plane? Yes it Happened on an Aeromexico Flight to Mexico City
Florida High School Student Brings Coral Snake To School And Gets Bit
Keeping And Caring For Red- and Yellow- Footed Tortoises

A tiny frog that roamed the earth 99 million years ago became trapped in sap along with a beetle, and that extinct frog, Electrorana limoae is one of four known fossils to exist that scientists say is direct evidence that the amphibians lived in wet tropical forests.

"It's almost unheard of to get a fossil frog from this time period that is small, has preservation of small bones and is mostly three-dimensional. This is pretty special," David Blackburn, study co-author and the associate curator of herpetology at the Florida Museum of Natural History, said in a statement released by the museum. "But what's most exciting about this animal is its context. These frogs were part of a tropical ecosystem that, in some ways, might not have been that different to what we find today—minus the dinosaurs."

The frog fossil in amber was found in northern Myanmar and the researchers say that the amber provides a wealth of information regarding the ancient forest ecosystems that occurred during those times. The discovery of the frogs help to detail how they lived during the Cretaceous Period more than 99 million years ago. 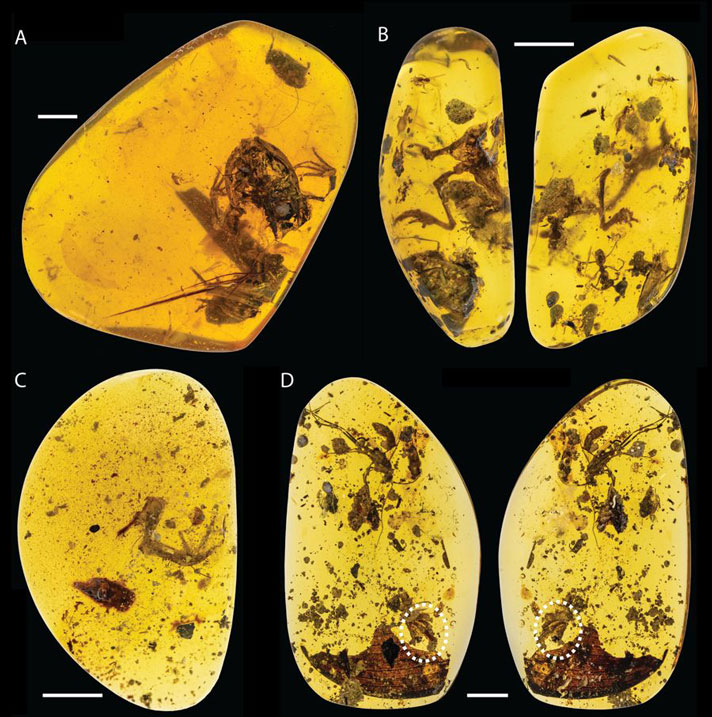 Photograph images of four fossil frog specimens referred to Electrorana, including the holotype (A; DIP-L-0826) and three additional specimens (B: DIP-V-16119; C: DIP-V-16127; D: DIP-V-16121). Specimens in (B) and (D) are presented with two views of the amber specimen and the oval in (D) indicates the presence of the anuran specimen. Scale bars equal 5 mm.

Electrorana limoae, the researchers say, was less than an inch in length and the one amber piece preserved in great detail the frog's skull, forelimbs, part of its backbone, and a partial hind limb. Other amber fossils had two hands and an imprint of a frog that the researchers believe decayed inside the amber. They also say that Electrorana limoae  is similar to those of fire-bellied toads and midwife toads, which are found in temperate, rather than tropical ecosystems.

The lead author to the study is Lida Xing of the China University of Geosciences. Other co-authors include Edward Stanley of the Florida Museum and Ming Bai of the Chinese Academy of Sciences.

The complete, open-access research paper can be read in its entirety on the Nature.com website.