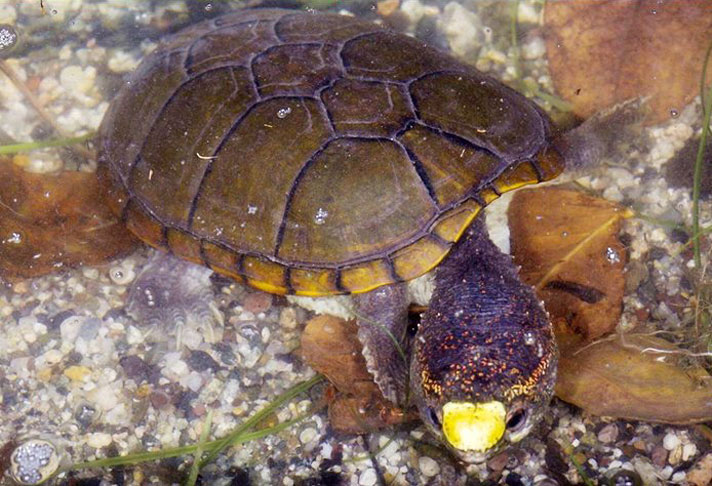 A new species of mud turtle has been discovered living in streams and ponds near the resort city of Puerto Vallarta, Mexico. The turtle, named Kinosternon vogti sp. nov shares the genus with 12 other turtle species, of which only two can be found in the lowlands of the central Pacific region of Mexico.

The researchers studied nine individual turtles and based their findings on 15 morphological attributes and coloration patterns to determine that the turtle is indeed a new species.

Mexican researchers led by Marco A. Lopez Luna of Universidad Juarez wrote in their research paper "A Distinctive New Species of Mud Turtle from Western Mexico" that the turtle's habitat is being damaged by urban growth.

Kinosternon vogti differs from other turtles in the genus by virtue of its physical characteristics, including their size, at just 10 cm, as well as the fact that they are wider than they are tall. The males are also unique in that they sport a large, yellow rostral shield between their eyes.

The natural populations of this species are unknown to science, but the known information suggests that Kinosternon vogti may be one of the most threatened freshwater turtle species, according to the paper.

Details about Kinosternon vogti were published last month in the journal Chelonian Conservation and Biology. The complete paper can be read here.