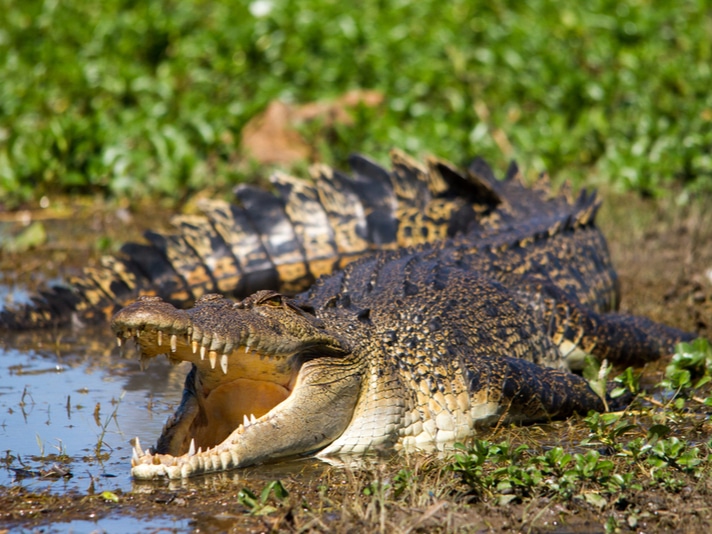 Is an Indonesian prison guarded by crocodiles in the works?

Indonesia apparently has an illegal drug problem and it also has problems with its prison staff that are supposed to oversee death row drug convicts. The island nation’s anti-drugs agency has proposed the building of a prison on one of the country’s islands that is guarded by hungry crocodiles. That is right, a prison patrolled by large crocs. The anti-drug czar must be a fan of the James Bond film "Live and Let Die," where master spy Bond is left on an island in the middle of pond full of crocodilians.

According to MSN, the proposal is an idea from the country’s current anti-drug czar Budi Waseso. He plans to take a look at some of the islands in the archipelago in hopes of finding suitable reptiles to guard the jail.

“We will place as many crocodiles as we can there. I will search for the most ferocious type of crocodile,” Waseso  told local news website Tempo.

Waseso says that crocodiles would be better guards than humans because you can’t bribe crocodiles and you can’t convince them to let inmates to escape. Apparently the plan is just that, a plan, with no solid information if something like this would actually take place. But if Waseso would build it, how would he construct it? A prison surrounded by a moat where the crocodiles would live constantly? And what would be the meanest crocs in Indonesia? The saltwater crocodile (Crocodylus porosus) is probably at the top of the list.

Indonesia has the toughest anti-narcotics laws on the books, including death by firing squad for drug traffickers. Waseso’s plan would add an additional layer of punishment on top of that for those who break its drug laws.