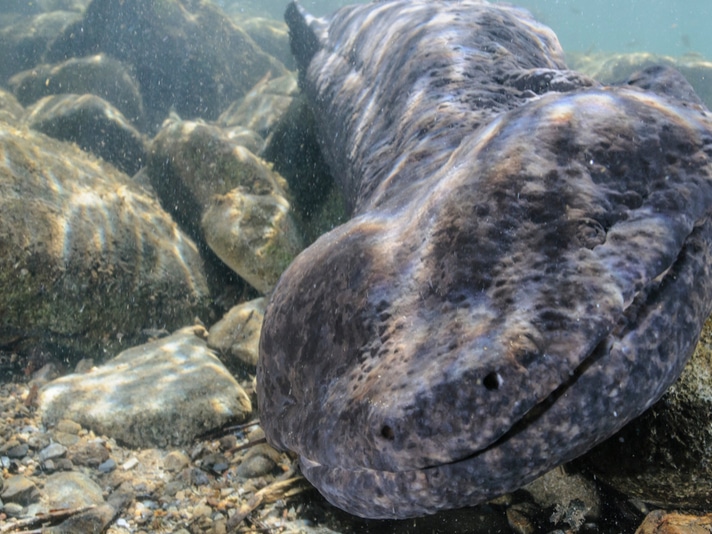 Four Japanese giant salamanders from a sister zoo in Japan are now at the Honolulu Zoo.

“We’re going to have lovely exhibit, it will mimic their environment which is a fast flowing cool japanese river. So they will probably have a little waterfall with some rapids and a nice big pool in which salamanders can live,” Honolulu Zoo animal keeper Rebecca Shoquette told KHON TV. The salamanders will be the main attraction for the new reptile and amphibian exhibit that will open later this year.

The amphibian is listed as near threatened by the IUCN due to pollution and habitat loss. They were once a food source for people which also detrimentally affected their populations but hunting of them has stopped due to protections.