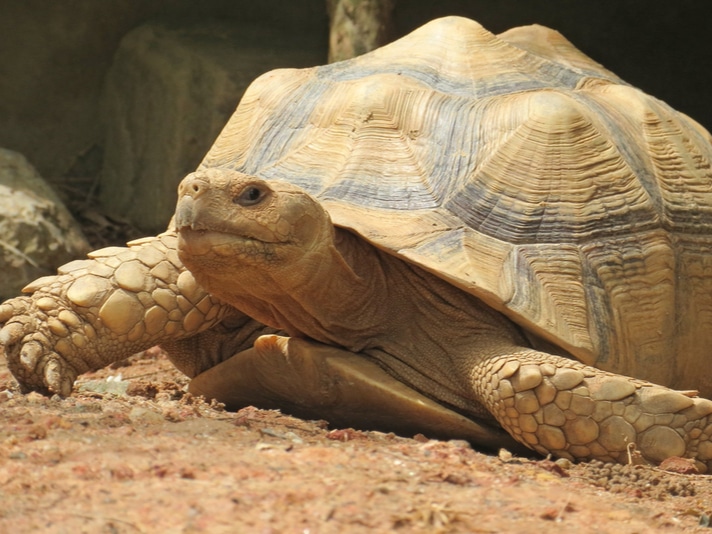 The rock star tortoise participated in many community events.

A 17-year-old African spurred tortoise (Geochelone sulcata) was stolen from the Alley Pond Environmental Center in Douglaston, New York July 17. The tortoise, named Millennium,  was first discovered missing around 4:15 p.m. from his enclosure. Police say the enclosure looked to be forced open and detectives are searching through surveillance footage for clues.

“Children in our neighborhood really enjoy him and we’d like him to be returned to us,” a spokeswoman told amNewYork.com.

Millennium is one of the center’s most visible animals, according to the New York Post. He takes part in school events, birthday parties, and even participated in a walk-a-thon at the center. Anyone with information with regard to Millennium's whereabouts can contact the center at (718) 229-4000.

The nonprofit center offers educational programs for New Yorkers and works to protect the Alley Pond Park. It is also an advocate for sustainable environmental policies.

The African spurred tortoise, also known as the sulcata tortoise, gets fairly large, with some weighing in excess of 200 pounds. They are long lived reptiles and need large enclosures, ideally outdoors, with room to roam. You can read more about keeping them here.