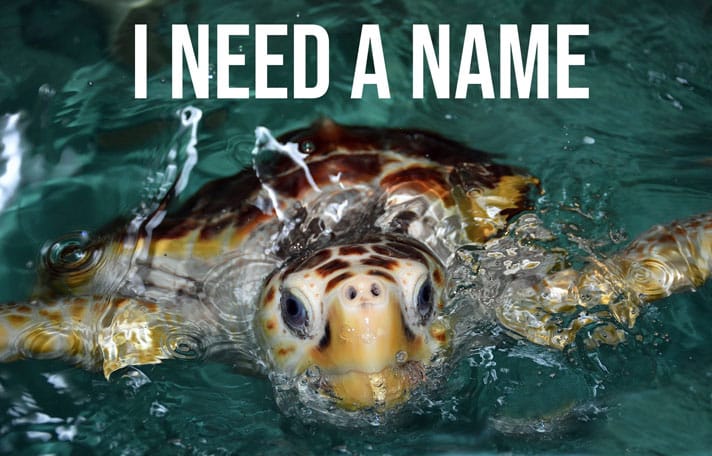 The loggerhead turtle will be released after it is fully rehabilitated.

Raphael, Donatello, Michaelangelo, Leonardo. Those names are taken by some ninja turtles. If you have a cool name for a turtle, you might want to enter the Virginia Living Museum’s turtle naming contest for a loggerhead sea turtle (Caretta caretta) that is temporarily in its care.

HELP NAME OUR NEW LOGGERHEAD SEA TURTLE! 🐢 Our newest addition has been getting along swimmingly with larger marine…

Posted by The Virginia Living Museum on Thursday, July 19, 2018

According to The Daily Press, the museum is taking names on its Facebook page for the turtle, who became a resident in November 2017, when she was transferred from the North Carolina Aquarium to the Living Museum. It is also accepting paper ballots, which can be retrieved and returned at the museum lobby.

The unnamed turtle was picked up as a “straggler hatchling” back in September 2016, and has since been trained to eat a diet of fish, crustaceans and mollusks at a site with a small blue circle. This target feeding has enabled the turtle to grow to a healthy 33 pounds.

The museum has rescued three other turtles in addition to this one. The last turtle the museum rescued, Coco, lived at the museum for more than two years until it was released back into the wild.