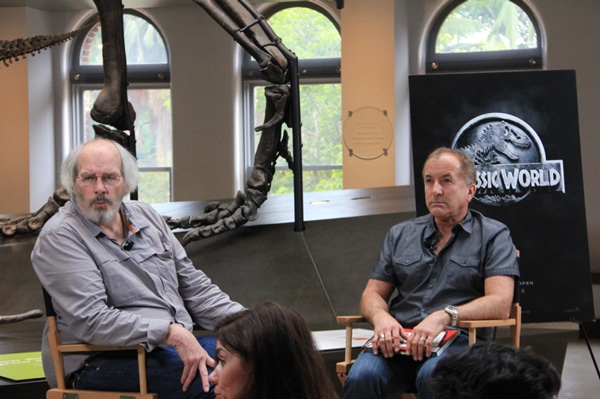 When I first saw Jurassic Park, I was fresh out of college, working at a small computer graphics publishing company in Torrance. CA. I wasn’t ex

When I first saw Jurassic Park, I was fresh out of college, working at a small computer graphics publishing company in Torrance. CA. I wasn’t exactly a big fan of dinosaurs, I was more into the computer generated imagery, or CGI that was used to make these animals come to life. While in the midst of watching the movie, everything changed. Even though the movie was peppered with references to computer speak, and included props like the then new Apple Macintosh Quadra 700 computer and SGI R4000 and SGI Crimson workstations, and a generous helping of Unix, the entire experience changed how I looked at dinosaurs, and the reptiles that some of my friends were beginning to keep.

Fast forward 22 years and Jurassic World is upon us. The fourth installment to the Jurassic Park franchise opens June 12. This one, however is a bit different in that there have been some changes to the genetics, specifically that of a hybrid dinosaur that let’s loose on the theme park, as well as the “training” of velociprators, among many other things. In this short video clip captured June 9 at the Los Angeles Natural History Museum, paleontologist Jack Horner, an adviser to the Jurassic Park films and Steven Spielberg’s inspiration for the films, speaks about the science behind Jurassic World, dinosaur links to reptiles and birds, a brief history on dinosaur fossils, and some of the far fetched ideas that make their way into the film.  You will have to listen carefully as Horner's voice is quite soft. 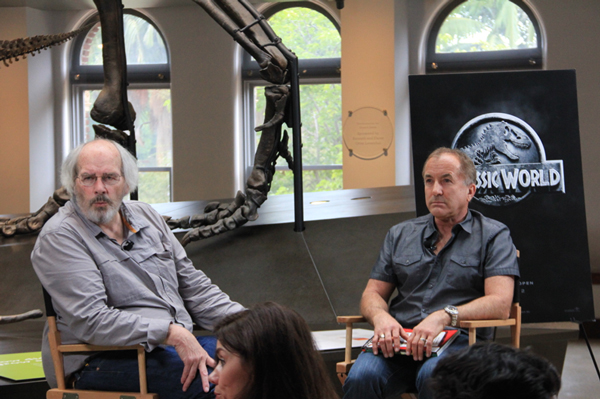 Paleontologist Jack Horner, left, takes a question from the media during a June 9, 2015 press event at the Los Angeles Natural History Museum.

And here are some official trailers to the movie.