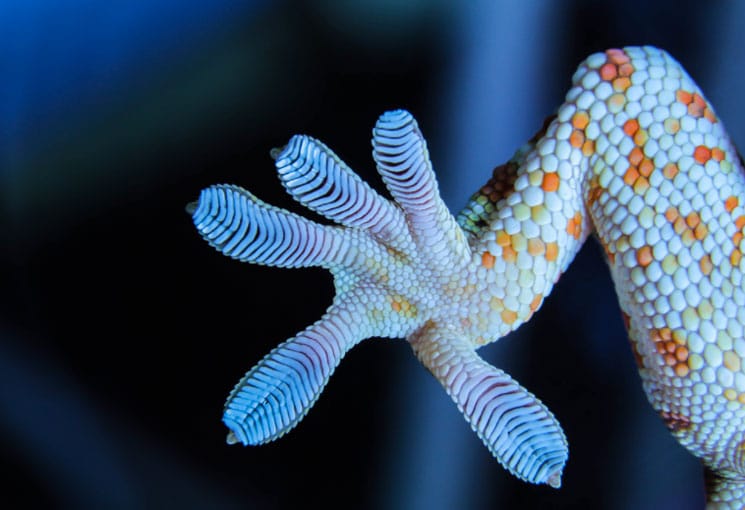 Reptiles are a lot smarter than some think. 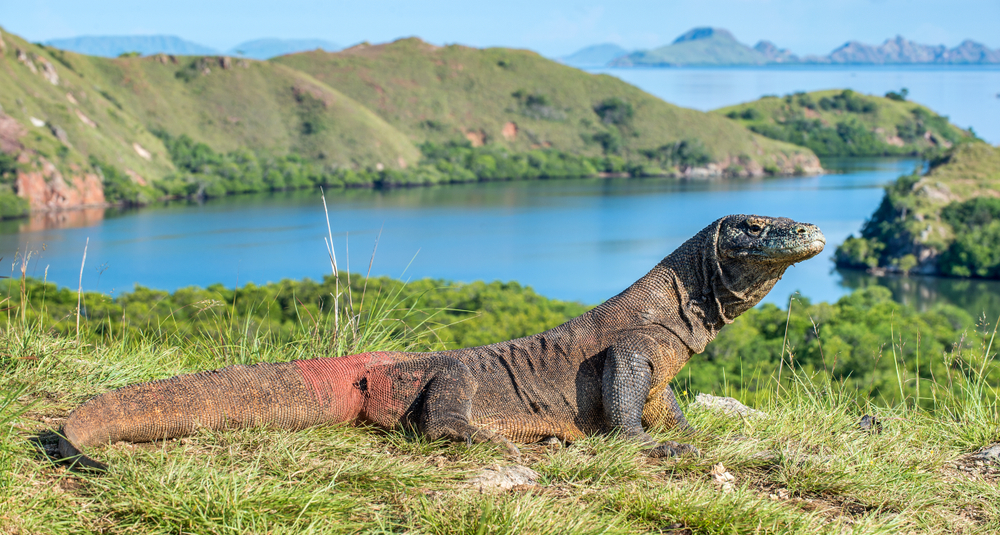 The Komodo dragon (Varanus komodoensis) hunts with strategies like a land mammal.

Reptiles are commonly overlooked as primitive, detached, and at times…not very smart. Although many reptiles (like the ball python (Python regius) and American alligator (Alligator mississippiensis)) have small brain to body size ratios, this does not mean they are dumb. With a certain anthropomorphizing perspective, there is a range of reptile intelligence. Some species rival birds and mammals for cognition, like the Komodo dragon (Varanus komodoensis) who hunts with strategies like a hungry land mammal. Recent studies have expanded the research on this topic, with more questions arising and evidence suggesting reptiles have a more complex brain and thinking process than previously thought. Here we showcase published reptile research on their abilities, which could be considered as reptile intelligence. These abilities can be described as physical, behavioral, and/or physiological (chemically controlled.) 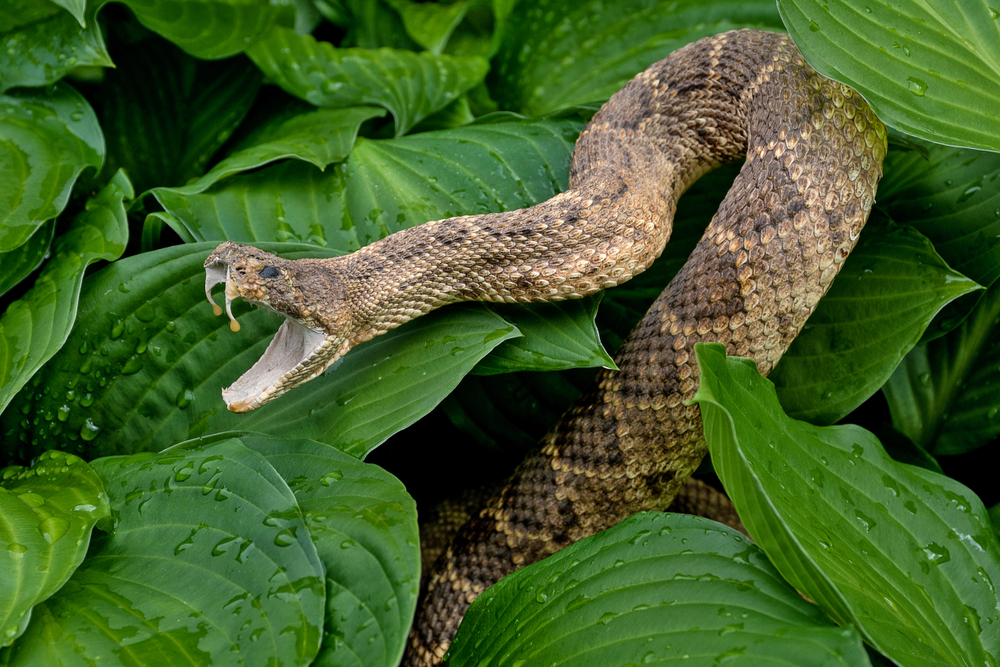 Crotalus rattlesnakes were observed problem solving in a 2002 study.

A study from 2002 published in the United States on Crotalus rattlesnake species showed that over a course of 2,000 hours recording ambush prey behavior, some of the snakes altered their habitat to help them hunt. The rattlesnakes were able to observe obstacles in their paths (like branches) and made the choice to do something about it. Although similar behaviors have been documented in other rattlesnake (Sistrurus) species, this was the first time it was documented in Crotalus spp. Foraging is a way to hunt, which commonly requires problem solving skills because it uses a lot of energy in many species, including mammals. To forage, you have to find, think, and hopefully discover. In this study, through videography, Crotalus rattlesnakes were observed using their bodies to physically move foliage and plant debris from their strike paths by jerking movements. This study suggested that Crotalus rattlesnake species who are hunting may be able to “anticipate future events and use past experiences to solve problems.” This study helps contribute to the growing literature on reptile intelligence. You can read the Journal here. 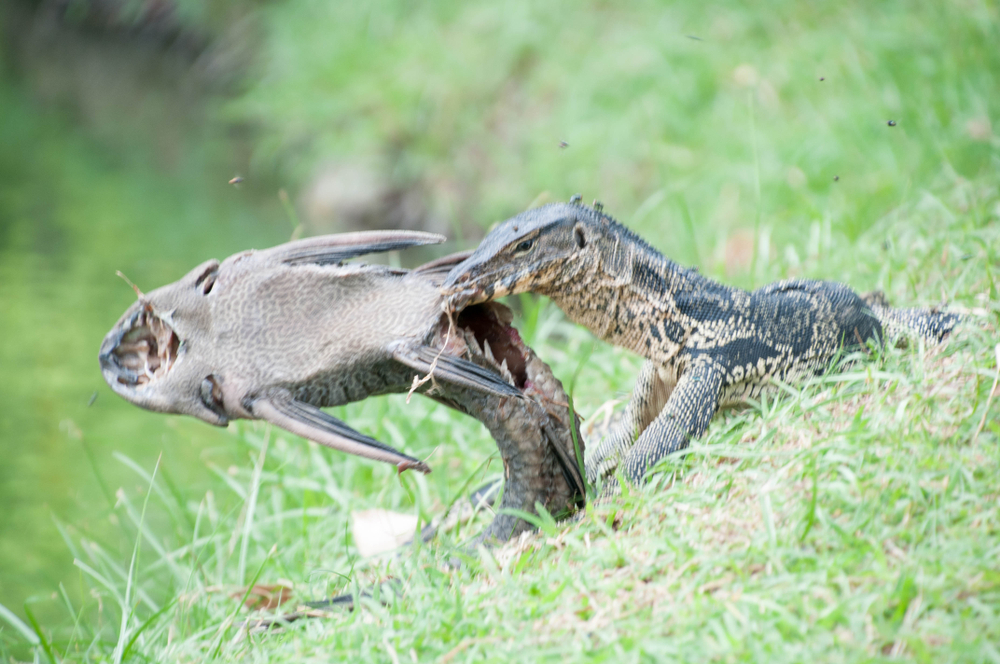 Varanus lizards sometimes tear their food to eat it, something rarely seen in carnivorous reptiles.

Monitor lizards, part of the family Varanidae, are some of the most popular (advanced) reptile pets and are some of the most elusive predators in the wild. Studies that have been done on these large carnivores include their unique strategies of hunting. While these reptiles do have a feeding method of swallowing whole meals, these large lizards can use other methods as well. For example, tearing and shredding their food to consume it, dragging it away and coming back just like a leopard would. In one captive study in Thailand, a Varanus lizqrd was observed both tearing apart and swallowing large fish whole over the course of 70 minutes. While they share the common characteristics of reptiles, their feeding strategies are unique and maybe show a certain form of intelligence. You can read the study here. 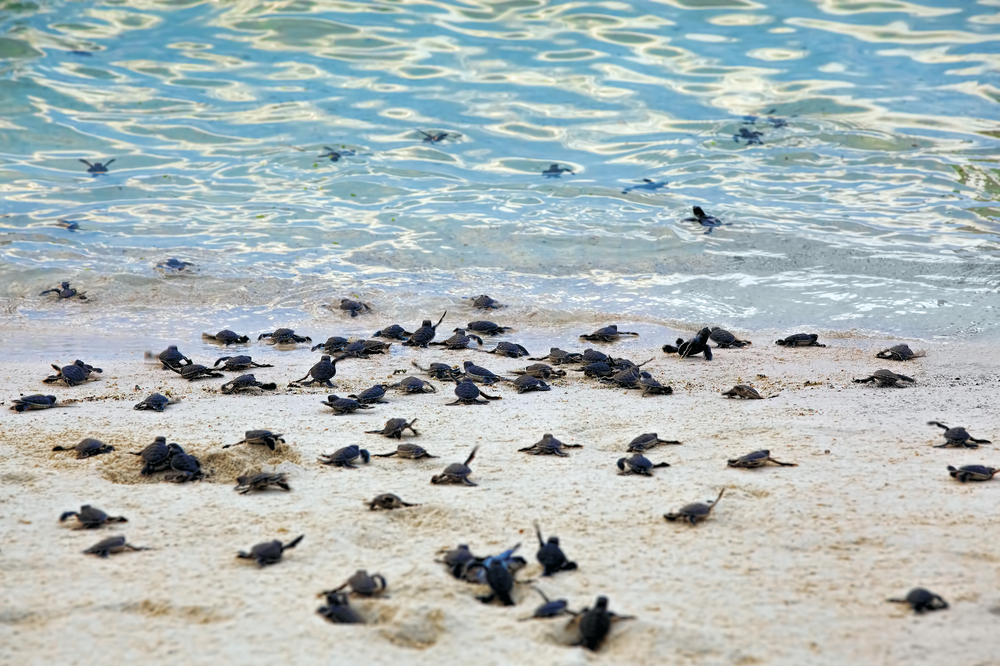 Sea turtles in one study were able to learn by classic conditioning.

Limited research on sea turtle intelligence has been done, but they have been said to be limited in learning, like other reptiles. More research will help understand these prehistoric, almost unchanged, mysterious creatures. In one study, green sea turtles (Chelonia mydas) were tested in a captive setting with classic learning experiments. This means that they were set up with a simple task that gave a positive reward and tested to see if they learned how to do it! It was discovered that 18 four to five-month-old green sea turtles were able to rapidly learn in both ways of classical conditional learning and proved that they are more aware of their behaviors. This research showed that turtle intelligence needs to be further studied because the turtle brain may be more complex and aware than previously thought. 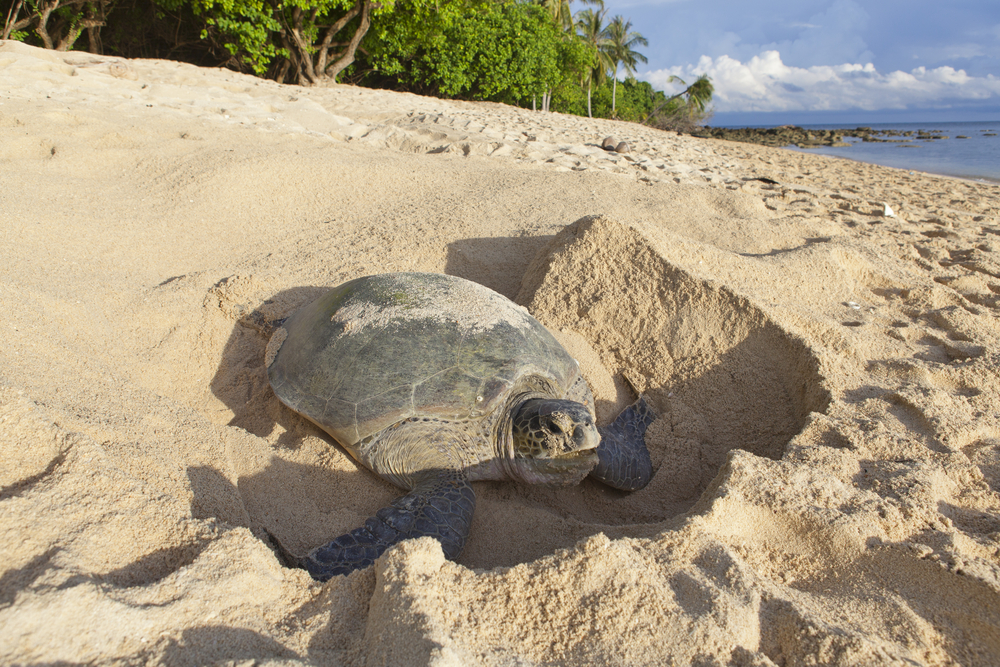 For creatures that are labeled “slow,” these animals made a quick decision when they decided to mimic rocks. Many studies have shown that turtles and tortoises are able to understand their environments based on their unique sensory abilities of the ground. Sensory mechanisms are physical senses of the body, like touch, sight, and smell. Because Chelonians (turtles and tortoises) have very sensitive senses, female sea turtles are able to migrate back to the beach they were born at, some 30 years later to lay eggs of their own. They are able to find their way back home, which is a remarkable example of memory or senses which are still poorly understood. Another example I’ve witnessed is that tortoises are able to find a perfect spot in the dirt, free of debris and rock, so they can lay their eggs in a nest they never even look at. It has been documented that turtles and tortoises are extremely sensitive to smells, touch, and even magnetic vibrations in the ground. The ability to use many senses proves that more research is needed on their intelligence and brain, which is being used in a unique way to help their species survive. Read more here. 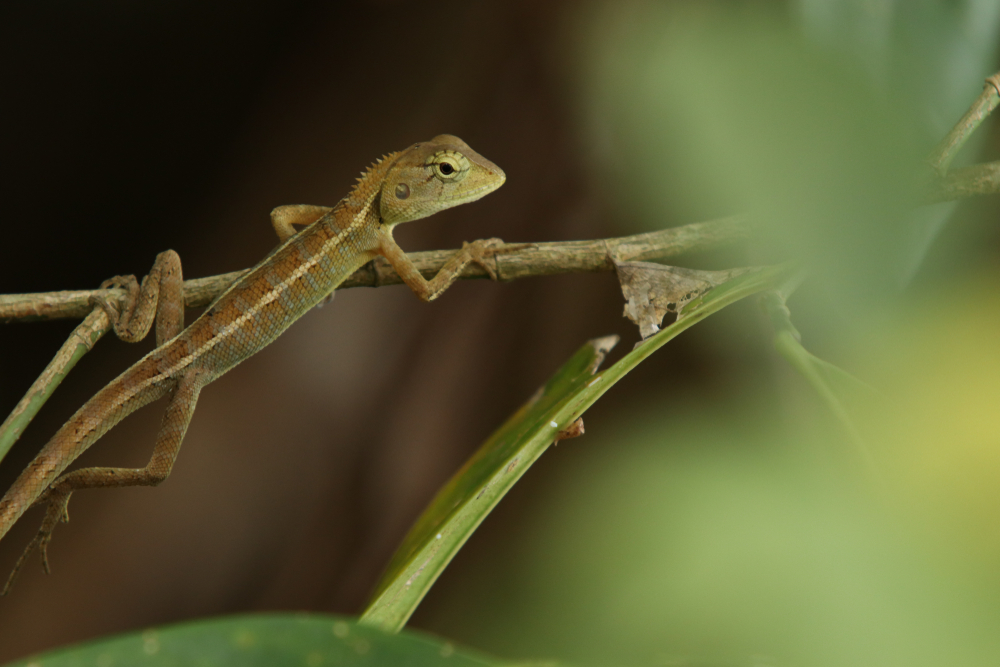 In one study, lizards were able to associate feeding time and get through a maze.

Lizards In A Maze

In this recent study, the side-blotched lizard (Uta stansburiana) was tested for "spatial memory in a classic memory maze experiment." Spatial is a sciency word for time. The scientists were trying to observe proof of memory in these reptiles over time. Behaviors that relate to memory have been connected to many animal groups, but very rarely ever reptiles. This study proved that lizards are capable of “spatial memory,” when they were set up in a maze and had to find their way to food. The lizards were able to memorize where their food would be without the cues of direction, helping support the existence of reptilian spatial memory. Read the study here.

Geckos Walk Their Walk and Talk Their Talk

The first interesting and potentially intelligent adaptation of these reptiles is that geckos are the only lizards that make noise. This can possibly enhance their communication skills but little research has been done on this topic. Along with being a very loud pet, they are also famously known for their walking abilities. In a 2005 study that looked at the climbing abilities of geckos, it was found that it also involved geckos using water. The remarkable and gravity defying ability of these reptiles has intrigued scientists and enthusiasts alike, making it an interesting study topic for reptile intelligence. Geckos have hundreds of thousands of “setae” in their feet, making their adhesion abilities a phenomena in relation to their weight. They have such a special force, that it is actually a term of chemistry called “Van der waals.” It basically means that they are chemically bonded to almost any surface (that is some serious stickiness)! In this research, scientists examined the gecko setae and the influence of water and found that the gecko body is able to perfectly utilize its resources for climbing. Read the whole paper here! 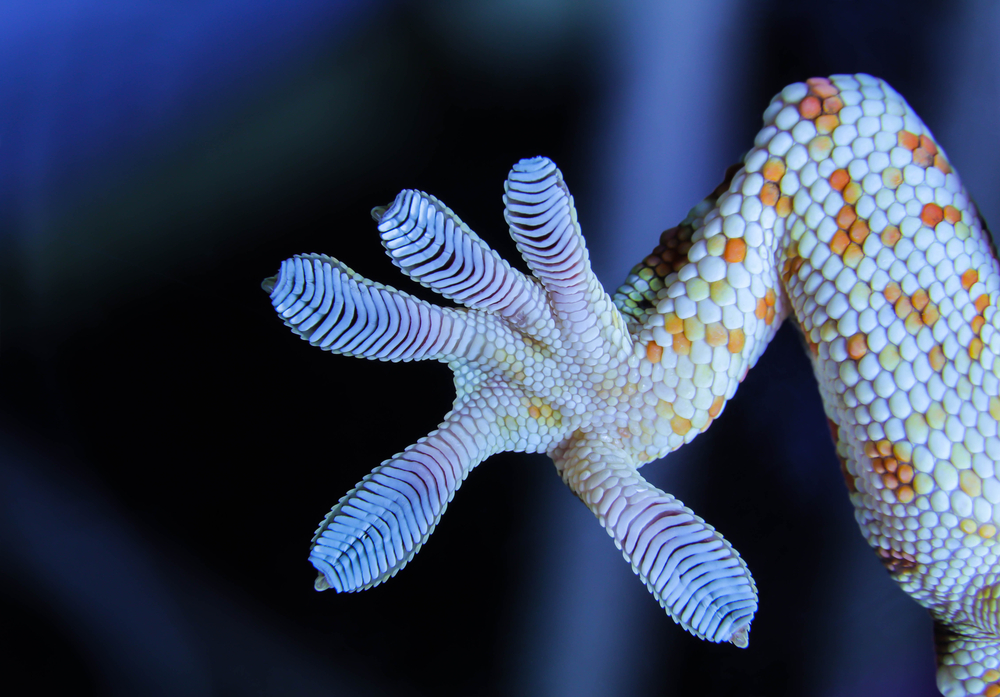 Geckos are able to chemically bond to almost any surface.

Although evolutionarily reptiles are a primitive group, this alone proves they are in no way stupid! How else would they have survived throughout the eras? Reptile adaptations including physical, chemical, and physiological are all potentials for further understanding the reptilian brain and capacity for "intelligence."