The puff adder is found in nearly all of sub-Saharan Africa, South Africa, and on the Arabian Peninsula into Saudi Arabia and Yemen.

In what some are saying is a first, a man in Dublin, Ireland was treated for a venomous snake bite after the puff adder (Bitis arietans) he keeps bit him. The unidentified man was taken to a hospital, which in turn contacted the National Reptile Zoo in Kilkenny for antivenin. According to Dublin Live, the zoo didn’t have the antivenin and had to get it from the Liverpool School of Tropical Medicine in the United Kingdom. 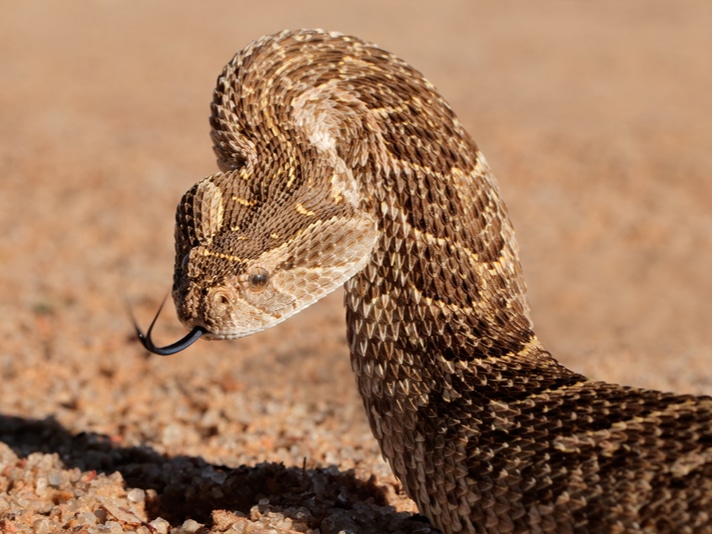 The timing of the bite is coincidental because St. Patrick’s Day is March 17. St. Patrick, as folklore would say, is the saint who drove all of the snakes out of Ireland. However, there is no record of any native snakes in Ireland, most likely because the country is just too cold for snakes to survive there.

The puff adder is found in nearly all of sub Saharan Africa, South Africa, and on the Arabian Peninsula into Saudi Arabia and Yemen. It is found in most habitats with the exception of true deserts, rain forests and tropical alpine habitats. The snake feeds on small mammals, birds, amphibians and lizards. It bites more people in Africa than any other snake. The venom of this species is one of the most toxic of viper venom, based on LD 50 values. Symptoms can include bleeding and swelling, hemorrhages, and deep necrosis.

John Virata keeps a western hognose snake, a ball python, two corn snakes, a kingsnake, and two leopard geckos. His first snake, a California kingsnake, was purchased at the Pet Place in Westminster, CA for $5. His first pet reptile was a green anole that arrived in a small box via mail order. You can email him here