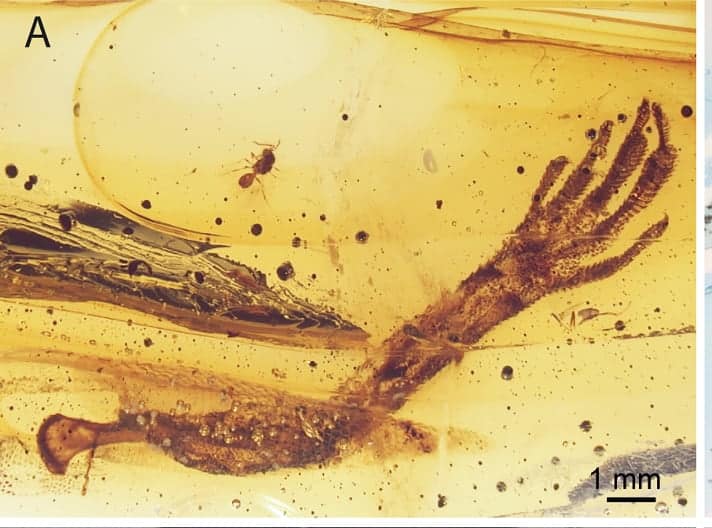 While the image is finely detailed, there is very little left of the structure of the leg.

Granite Spiny Lizard Diet May Factor in More Potent Southern Pacific Rattlesnake Venom
TheTurtleRoom Gets Tax-Exempt Status, Serves As Public Charity
Snake Eggs Or Lizard Eggs? That Is The Debate Going On In Australia And Online

Researchers with the University of Bonn have discovered a 15-20 million-year-old forefoot of an Anolis lizard preserved in amber, with nearly every detail of the fossil visible under the microscope. The image, which is very finely detailed, however is not what it seems, the researchers say, as the bone has been decomposed and there is hardly any of the original structure of the limb left.

It is not known how the Anolis lizard, which once lived in what is now the Dominican Republic, became separated from its forefoot. Amber, though is usually considered an ideal preservative, but in this case, the resin might have accelerated the process of degradation on the reptile's forefoot, with the acids of the resin attacking the bone, which the researchers compare to tooth decay. 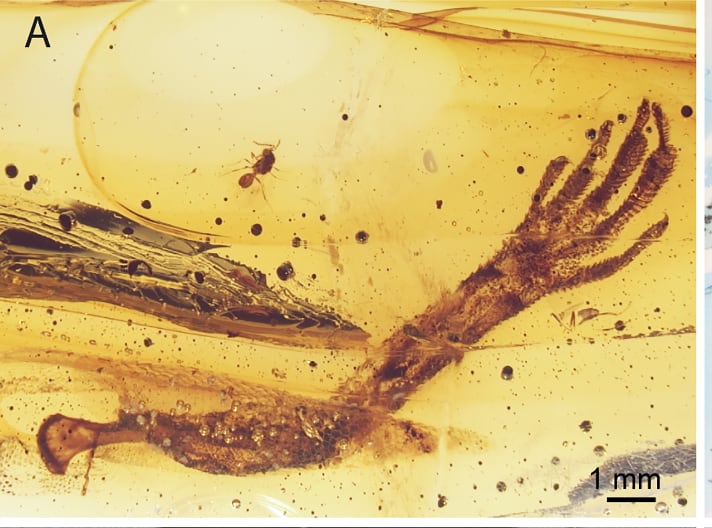 While the forefoot of the Anolis lizard looks finely detailed, there is hardly any structure of the leg left.

"The generally good preservation property of the amber is noticeable by the conservation of skin soft tissue that caused problems with the polishing of the bone due to the difference in the hardness between amber, tissue, and bone, so that the sample surface is not perfectly flat, the researchers wrote in the paper. "However, the bone itself also exhibited brittle behaviour during polishing as reflected by cracks and broken bone pieces that are partly pressed into the surrounding amber, indicating that some alteration occurred that affected the mechanical properties of the bone. This observation is further confirmed by the histological slices of the fossil."

Anolis lizards are still found throughout much of the world, with more than 425 (or 45 depending on your school of thought) species in the genus. The green anole (Anolis carolinensis), native to the United States, was the first reptile to have its complete genome published, while the brown anole  (Anolis sagrei), is one of the most invasive reptiles on the planet.

The complete paper, "Fluoridation of a lizard bone embedded in Dominican amber suggests open-system behavior" can be read on the PLOS One Journal website.

John Virata keeps two dogs, a western hognose snake, a ball python, two corn snakes and a king snake. His first snake, a California kingsnake, was purchased at the Pet Place in Westminster, CA for $5. His first pet reptile was a green anole that arrived in a small box via mail order. You can reach him here.