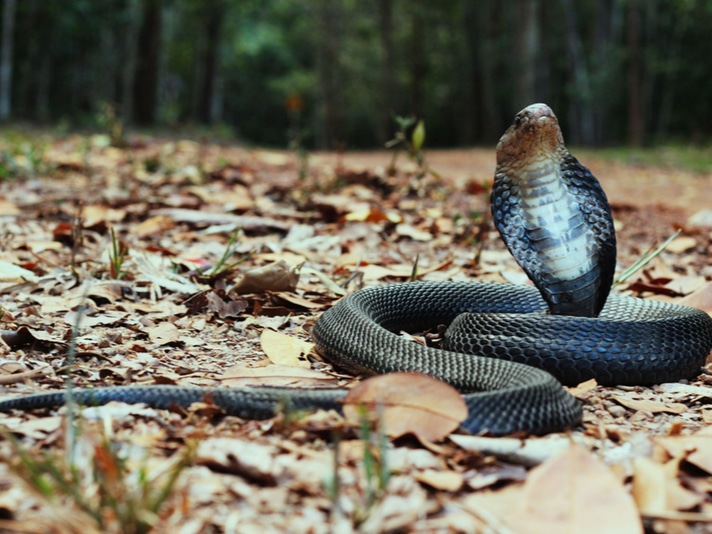 An 18-year-old man in Texas was apparently bitten and killed by a monocled cobra (Naja kaouthia) July 14 and police are looking for the venomous snake.

Grant Thompson, 18,  was found unresponsive in his car at a hardware store parking lot in Austin and was transported to a hospital in Round Rock, Tex. where he died. Authorities found two puncture wounds on his wrist and believe that Thompson was bit by the snake that they believe he owned.

Authorities have not definitely said the snake is the cause of death of Thomspon, pending toxicology reports. There was no sign of a venomous snake in the man’s car, but the snake was missing from the cage in Thompson’s home.  Thompson frequented an Austin pet shop so often that his mother bought the shop for him when he became a teenager and began working there shortly thereafter. He was known as the reptile guy around town and often showed exotic animals to children.

The monocled cobra is native to South Asia and Southeast Asia. The snake grows to around 7-8 feet in length and are usually found in grasslands, scrublands and forests as well as human settlements and cities. It feeds on small mammals such as rodents, and other snakes.