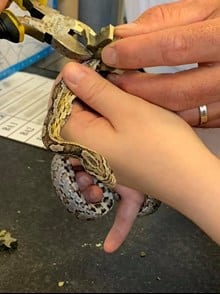 It took some doing, but this corn snake was freed by firefighters.

The keeper of a corn snake  (Pantherophis guttatus) in Cambridgeshire had to visit the local fire station when the reptile got stuck in a cage decoration in its enclosure. The snake had shed its skin and somehow became stuck in the cage decoration. 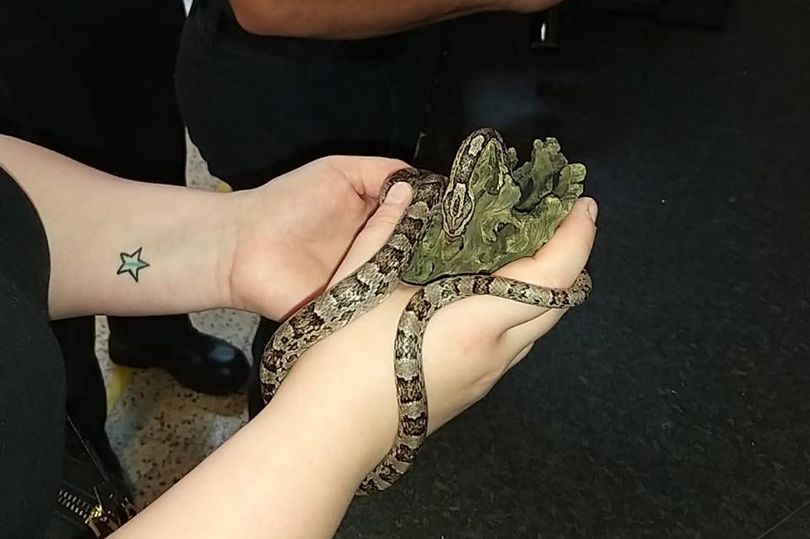 It took some doing, but this corn snake was freed by firefighters.

Firefighters with the Stanground fire station in Peterborough were able to use a pair of pliers on the cage decor to safely extract the reptile from its predicament.

“It’s unusual, I'd say," a Cambridgeshire Fire and Rescue representative told CambridgeshireLive.com. "I'd never seen that kind of incident before. We don’t see snakes come in here very often.” The owner sent a thank you card to the firefighters after the ordeal was over.

This isn't the first time firefighters rescued a snake. Last year, a corn snake named Anna Cornda was rescued from the eaves of a loft in England, and back in 2014, firefighters in Muskegon, Mich. saved a boa constrictor (Boa constrictor sp.) from a burning house.

The corn snake Pantherophis guttatus (Elaphe guttata) is one of the most popular snakes in the hobby, especially with those new to the hobby. They are generally docile snakes and come in a variety of different color patterns. They are fairly easy to keep and make excellent animals for the first-time snake keeper.