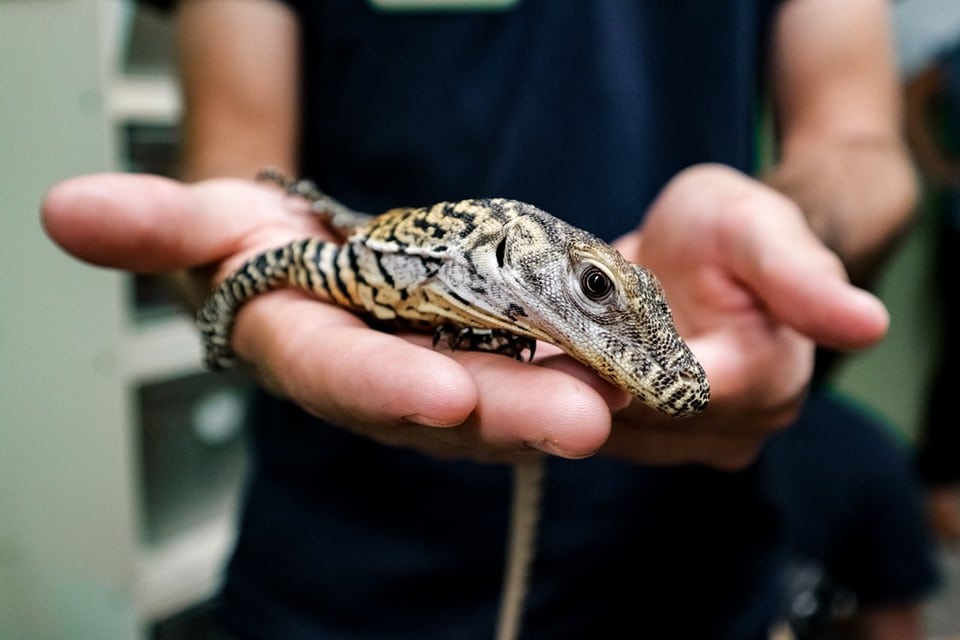 The Komodo dragons might have been born via parthenogenesis.

The Chattanooga Zoo in Tennessee announced that it has successfully hatched three Komodo dragons (Varanus komodoensis) at its facility, the first successful hatching at the zoo since Charlie, the zoo’s female dragon has been at the zoo.

BIG NEWS! We are very excited to announce the hatching of three Komodo dragons! This is the first successful hatching to…

The lizards were born August 4 and are doing well, the zoo announced earlier this month on Facebook. The still have yet to determine if there was a successful coupling or if the lizards were the product of parthenogenesis.

“After several introductions and observation of the pair together, Zoo staff were not able to confirm successful breeding between them,” the zoo wrote on its Facebook page. “DNA testing will show how the pair reproduced and results will be shared once a conclusion has been reached!”

The three little dragons have not yet been placed in a publicly viewable habitat, and  a timeline for patrons to view them has not been established.

For more information on the Chattanooga Zoo, visit its website at http://www.chattzoo.org/

Komodo dragons are the largest lizards in the world and are native to Indonesia. The large lizard is a carnivore and in the wild has been documented taking down large deer. The reptile is an endangered species, with an estimated 2,500 lizards left in the wild, all living at Komodo National Park in Indonesia.