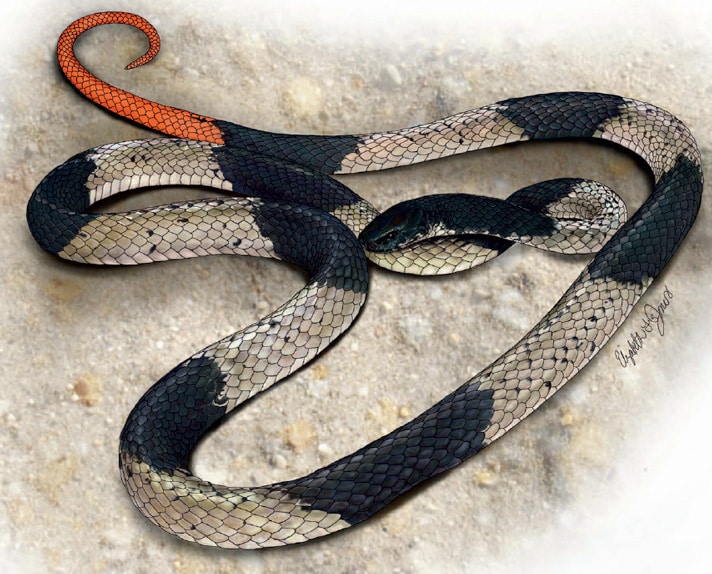 Researchers have described a new species of long-glanced tropical coral snake of the Genus Calliophis from an island in the Philippines’ Caraga region. The snake was first collected in 2007 by J.B. Fernandez, who was conducting biodiversity surveys on an island off Mindanao's coast. 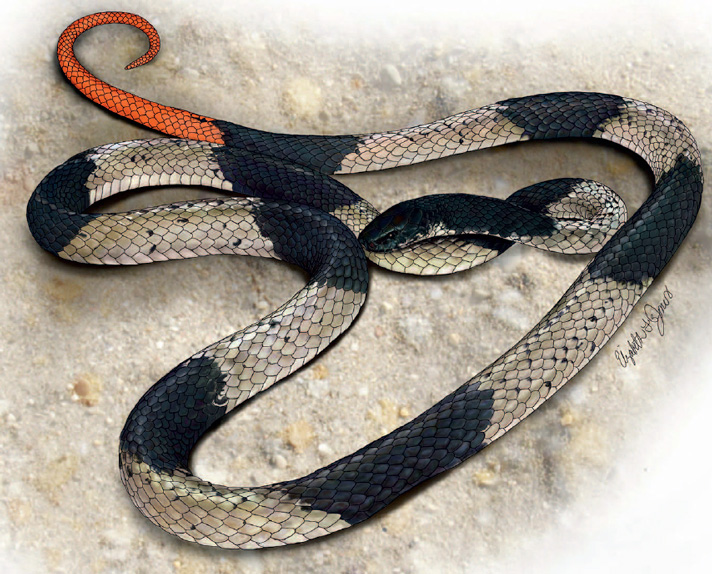 E.F. Jones/University of Texas at Arlington  Department of Art and Art History

Illustration of Calliophis salitan described by J.B. Fernandez, the first person to discover the snake.

The snake is distinguishable from other coral snake species in the Philippines due to its large body size (1 meter in length) , black head and neck, and black and off-white broadly banded color pattern. It also sports a bright orange tail.

Calliophis salita. Holotype collected in 2007. This is the only specimen the researchers had to work with. Efforts to find live specimens were unsucessful.

The researchers speculate that Calliophis salitan might be more widespread on islands of the Sulu archipelago, Mindanao and Basilan, or might be the sole surviving species  that may have been more widespread but went extinct in the Sulu Archipelago and Mindanao.

They note that their current knowledge of the herpetological biodiversity in the southern Philippines is limited due to the fact that the area is “woefully understudied” due to “unchecked habitat destruction and logistical, bureaucratic, and security-related obstacles to field research.” The southern Philippines, including islands in the Sulu Archipelago, Jolo Island, Basilan, and parts of southern Mindanao have witnessed religious and military strife for decades.