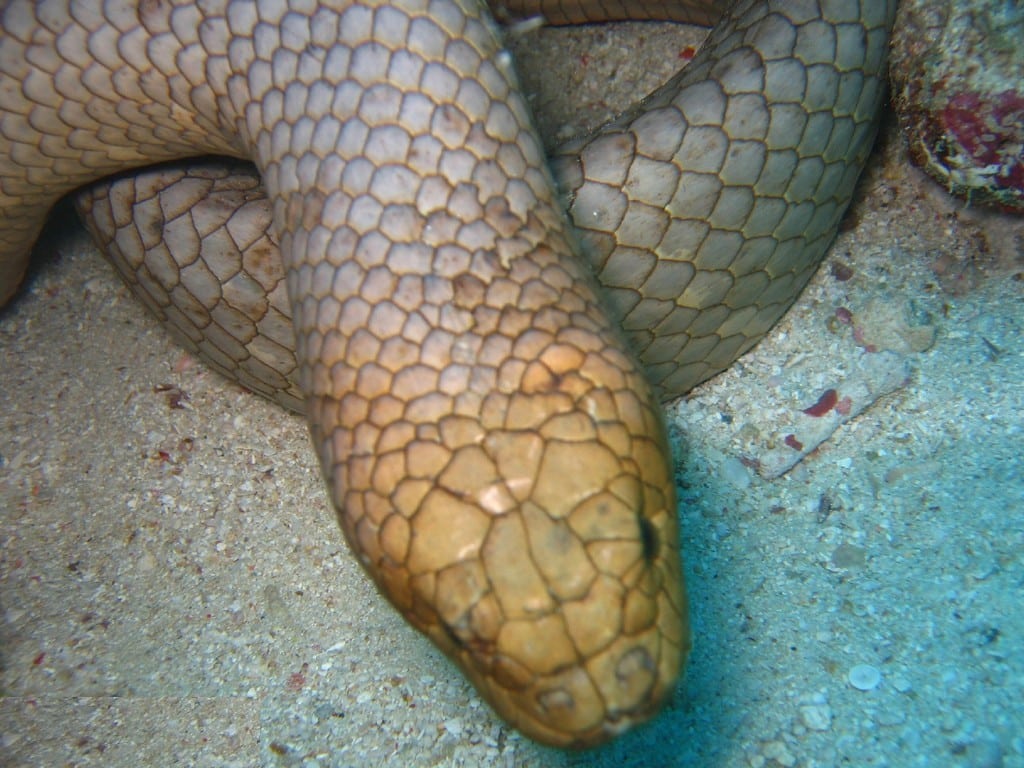 Male olive sea snakes (Aipysurus laevis) in Australia’s Great Barrier reef have been documented pursuing scuba divers in cases of mistaken identity to breed with them, according to a new study published in the journal Scientific Reports.

Researchers took a look at anecdotal reports of olive sea snakes “attacking” scuba divers and found that such behavior occurred during the snake’s breeding season, and all of the snakes in these encounters were almost exclusively males. The researchers then conducted a 27-month scuba-based behavioral study and found that during the breeding season, divers encountered more interactions (39 of 58) with males than of females (35 of 100).

The researchers found that males made repeated attempts to engage the divers during 30 minute observation periods while females approached just one time. The researchers conclude that the males spent more time interacting with the humans than the females, and the median time for male interaction was also higher.

These interactions included coiling around scuba diver’s limb and pursuing scuba divers as the divers attempt to leave the general area.The researchers also observed males coiling around dive fins and striking at their reflections in camera lenses but no bites to divers occurred.

The researchers surmise that these interactions are a case of mistaken identity in which the male sea snakes, in their courtship with fleeing females may misinterpret divers who flee as female snakes. They note that to prevent an escalation by the males, the divers should keep still.