The discovery is seen as a defense mechanism against predators.

Researchers studying the olive sea snakes (Aipysurus laevis) and other Aipysurus species say that the snakes can sense light on their tail skin, which the researchers say helps them to avoid predation. 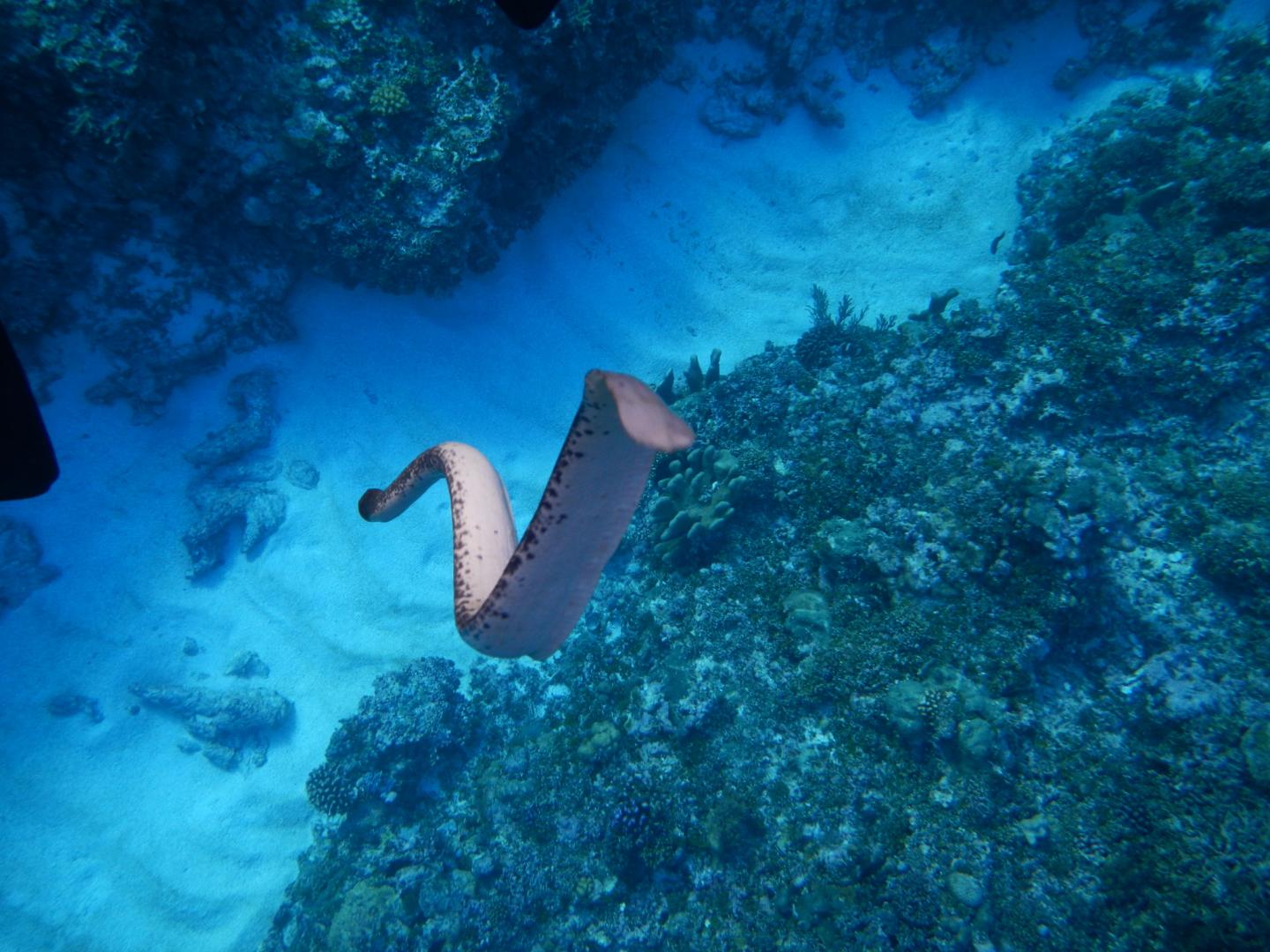 An Australian study has determined that the tail of the olive sea snake can sense light.

The study, conducted at the University of Adelaide in Australia, says that when these snakes sense light on their tail skin, they move their tails away from the light.

"Sea snakes live their entire lives at sea, swimming with paddle-shaped tails and resting at times during the day under coral or rocky overhangs," study lead author Jenna Crowe-Riddell, Ph.D candidate in the University of Adelaide's School of Biological Sciences said in a statement released to the media. "Because sea snakes have long bodies, the tail-paddle is a large distance from the head, so benefits from having a light-sense ability of its own The olive sea snake was the only reptile, out of more than 10,000 reptile species, that was known to respond to light on the skin in this way."

Researchers conducted the light study using a process called RNA sequencing. This determined what genes, if any, were active in the skin of sea snakes. From that sequencing the researchers discovered melanopsin, a light-sensitive protein found in certain animals as well as humans, as well as several genes that convert light into information in the nervous system.

"We've confirmed the ability of olive sea snakes to sense light in their tails and found the same ability in two other species,” Lead scientist Dr Kate Sanders, ARC Future Fellow at the University of Adelaide said. “We've identified a shortlist of genes that are likely to be involved in detecting light. But further study will be needed to target these genes before we can really understand the genetic pathways involved in this fascinating behaviour."