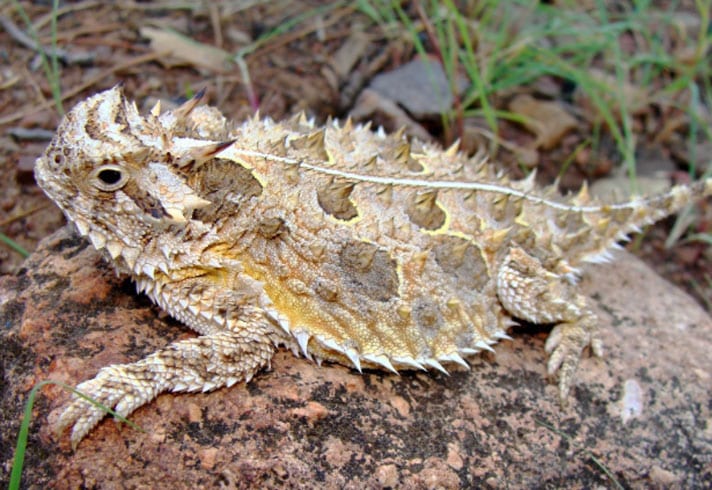 Horned Lizards Released Back Into The Wild In Texas

Captive breeding of the Texas horned lizard for release back into the wild should bolster their numbers.

Green Anoles In Florida Evolved To Better Compete With Invasive Brown Anoles
Once Thought Extinct In The Wild, The Wyoming Toad Makes A Comeback
Someone Tried (And Failed) To Smuggle A Ball Python At Miami International Airport

In recent years, horned lizard (Phrynosoma cornutum) populations have dramatically decreased in Texas, which has listed the species as threatened. This reptile is native to the United States and has a widespread habitat ranging from Colorado to Mexico. 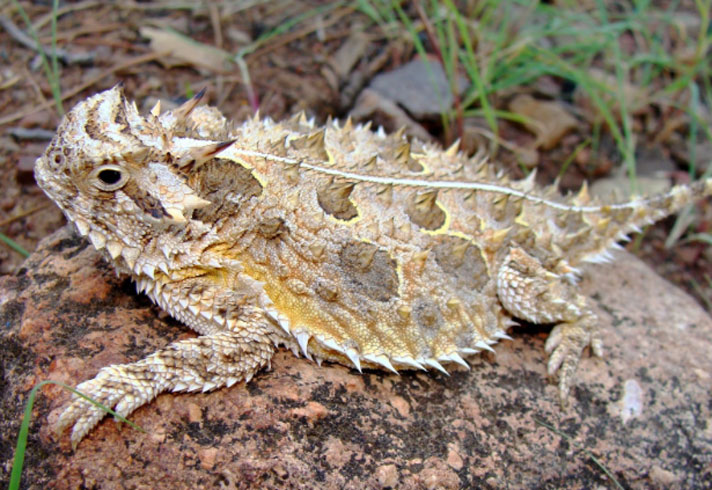 The Texas horned lizard has disappeared over much of its range in the state, but captive breeding of the species for release back into the wild should bolster their numbers.

The Dallas Zoo in northern Texas has been working on reintroducing this species back into the wild with captive breeding programs. This was supported and organized through statewide efforts, and Texas’ enthusiasm for laws to protect the species. The Fort Worth Zoo was also involved in this captive breeding program and collaborated with the Dallas Zoo on their first ever wildlife release. In total, 46 hatchlings were recently released into wildlife management areas.

The zoo also works with wildlife state parks in the state to manage the species in the wild with surveying and data collecting. The zoo’s continue to breed the species and hope to reintroduce hundreds of them in the future. Thanks to captive assurance colonies that are used for breeding programs like this, reptiles and other threatened species have a safe place to avoid extinction. This shows the importance of collaboration for species preservation. You can read more about this study and who is involved on the Dallas News website here.

Perhaps it’s the lizards unique decorative body that gains it such popularity? The horned lizard has scaled rows all over the body, accented with horns on the face, back, and tail. It is a smaller lizard, averaging around three inches in length and has a flattened body and torso. This makes them remarkably adapted to semi-arid and dry habitats with sand or soil. It is easy for them to disappear within the cracks or soft soils with their specialized body. Their horns help anchor them in place to avoid predation, hunt better, and of course make them look super cool. They are perfectly adapted to their habitats, but sadly they have almost completely disappeared from Texas.