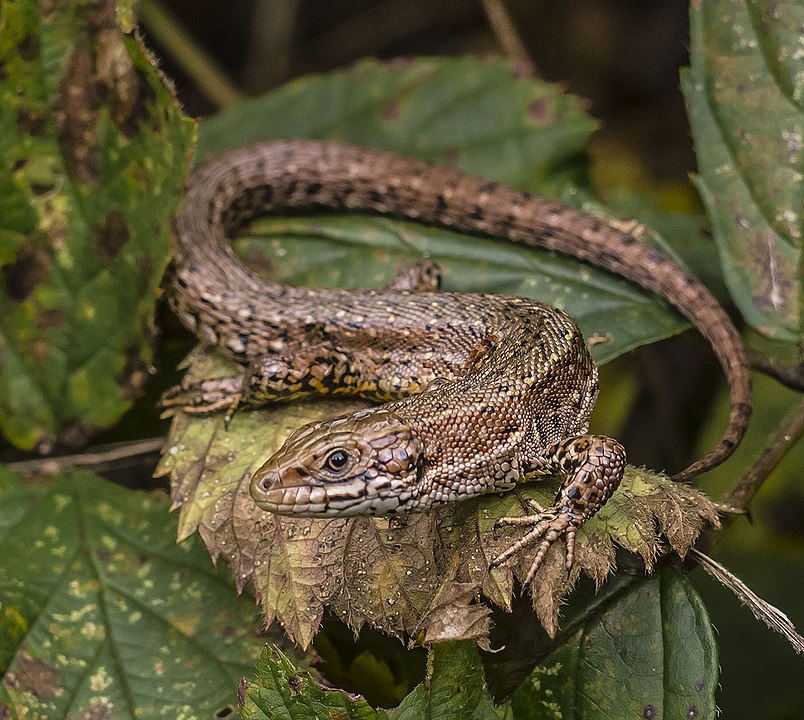 The change in diet caused these lizards to become less healthy.

What Is Up With New Jersey And “Large” Snakes On The Loose?
Snow-Dwelling Frog Faces Extinction As Researchers Try To Save Species
Trump Administration Sued For Denying Protections To Florida Keys Mole Skink

When temperatures go up by two degrees Celsius, common lizards (Zootoca vivipara) change their eating habits that lead them to become less healthy, according to a study released October 30 in the journal Proceedings of the Royal Society B. According to the study, "Altered trophic interactions in warming climates: consequences for predator diet breadth and fitness," lizards that were placed into a controlled environment that was 2 degrees Celsius warmer than what they were accustomed to caused them to eat more predatory insects.

In total, 612 lizards were released into these mini ecosystems, 264 adults and 348 juveniles. They found that the juveniles had a different diet and reacted differently than the adults. The researchers identified 22 invertebrate families that a part of the lizard's diet and were propagating within the mini ecosystem.

"One of our hypotheses is that in warmer climates, lizards needed more nutritious prey to fulfill their demands and shifted their diet towards eating more predatory invertebrates," lead study author Elvire Bestion told AFP. "The diet shift was linked to lower survival of adult lizards, however it is difficult to say why exactly that is."

The warmer climate also increased competition between lizards for the preferred food. With the change in diet, the microbiota in their guts became less diverse, which may have caused the lower survival rates of the lizards.

"The gut microbiota is linked to a lot of important functions in organisms, including digestion or immunity," Bestion said. The change in reptile diets to predator insect may cause changes in eating habits higher up the food chain.

"We show that the mechanisms of climate impacts are more complex than just an effect of temperature on one animal," Bestion said.