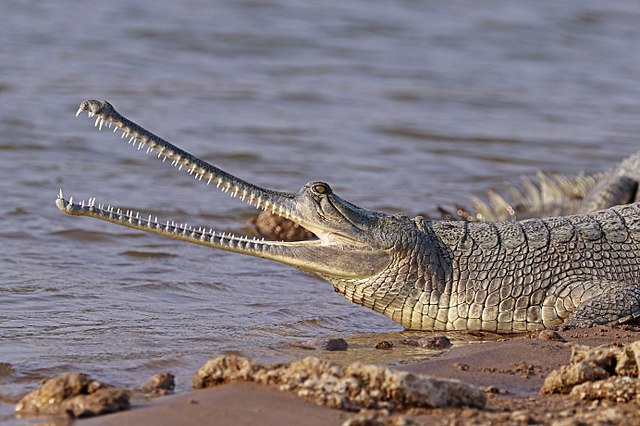 Gharial crocodiles are critically endangered throughout their natural range.

A Gharial crocodile  (Gavialis gangeticus) has laid eggs at Rajshahi Zoo in Bangladesh in what could be a good sign for the species in Bangladesh, which, according to Phys Org, is virtually non existent in the country. The South Asian nation was once home to large numbers of the fish-eating crocodile, but they are virtually extinct, having succumbed to loss of habitat and other factors.

There have not been any sightings of mature gharial crocodiles in the Ganges and Brahmaputra rivers in more than 10 years. The male crocodile, Gorai, is 41 years old. The female, named Padma, is 35 years old, and it is thought that these species stop breeding at the age of 50.

"When we introduced them, there were fears these old gharials may have lost the urge to mate," Sarowar Alam, who heads the International Union for Conservation of Nature's Bangladesh gharial project, told AFP.  "But not only have they mated, she has also laid eggs," he added.

The females lay their eggs on the banks of rivers, and curators of the captive breeding program that these two crocs are part of, are hoping that mating will continue.

"If we can build proper sand banks in the zoo, the female gharials will lay more eggs," Uddin told AFP. "But the most encouraging news is that the female is laying eggs."

It is hoped that the young will be released back into the wild in hopes of bolstering the wild populations.