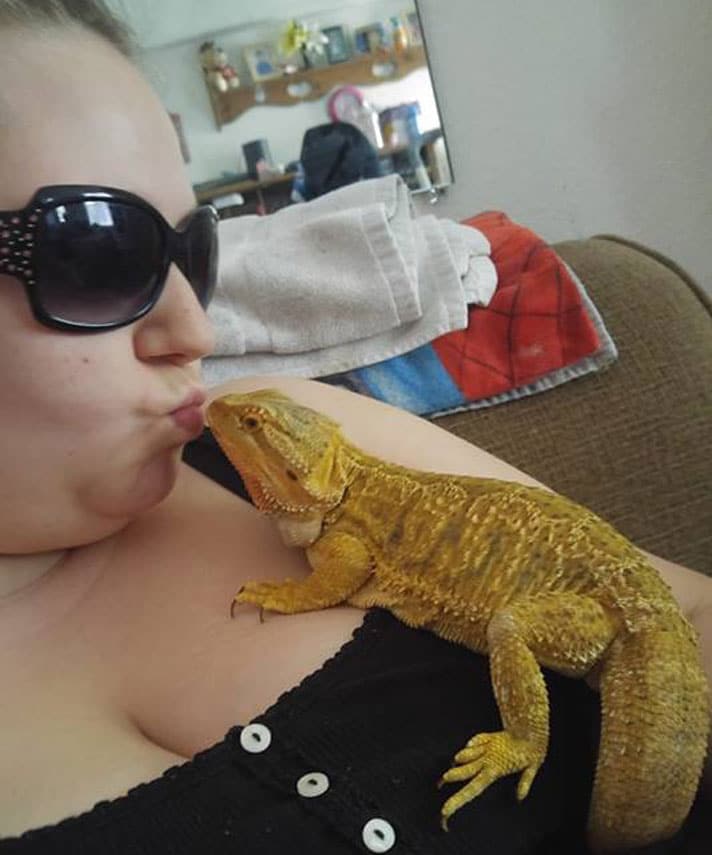 Woman Doesn't Give Up Found Bearded Dragon Despite Pleas From Owner

Tiger-leg Monkey Frog Care Sheet
Rabbit Fends Off Snake That Attacked Its Babies
Does Your Tortoise Have Herpesvirus Of Tortoises, Chelonid Herpesvirus?

A bearded dragon escaped from its Michigan home in the town of Twin Lakes, and its owner says she knows who has the reptile, but says she won’t return the lizard.

This has to be taken to court… How absolutely ridiculous.

Sarah Richards says her bearded dragon, Jill, escaped August 1 after her 8-year-old inadvertently left the front door to the house open, enabling Jill, who often has free roam of the house, to escape.

When Richards noticed Jill missing the next day, she posted news about her loss on Facebook. Her friend, Jeff Zahniser, responded to her Facebook post and said that he had found a bearded dragon in his garden.

“He agreed that it was mine, told me that he would give me his phone number and I could call him about it the next day," Richards told Fox 17.

Then things got weird.

Jeff gave Jill to another woman to care for it while they searched for its owner. When Richards contacted the woman, Cindy Parrish, she didn’t believe the lizard was hers.

"She told me she wanted more pictures," Richards told Fox 17. "So I sent her several… but she told me that the bearded dragon that she has was a different color than mine therefore it wasn't mine and she was sure of it."

Dear Cindy Parrish, I would like to take this time to formally apologise for any inconvenience I have caused you by…

"She and her incompetence let that thing out the door," Parrish told Fox 17. "It got lost, it got taken by someone else. Oh well. I'm sorry, it's not my fault that she let the thing get away and I didn't do anything wrong at all." Parrish also said that Richards was rude to her and people on social media attacked her about the reptile, so she gave the animal to someone else, but won’t say who. 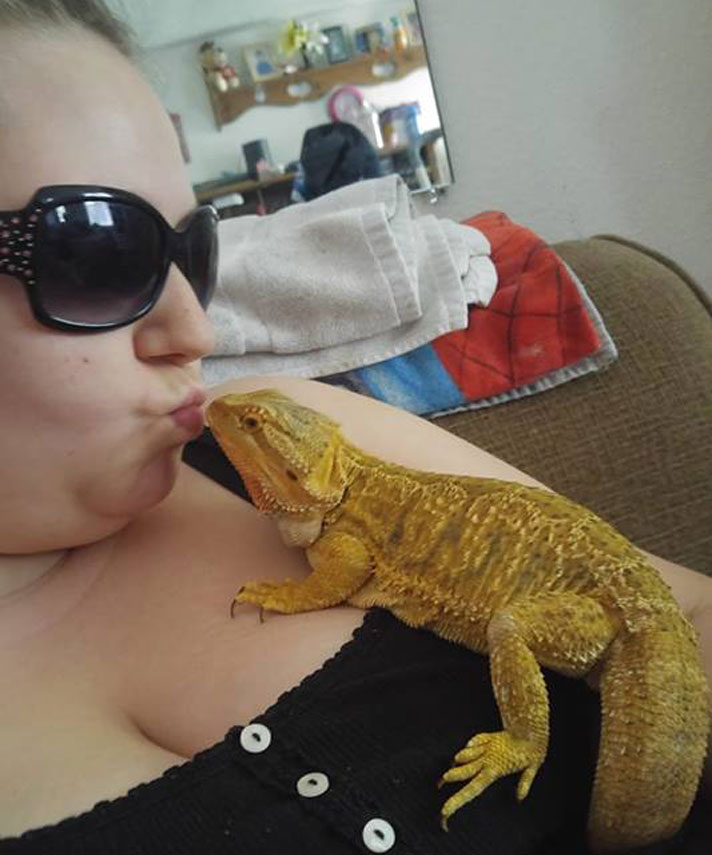 Sarah and Jill the bearded dragon.

According to Fox 17, Parrish has a list of demands that Richards must complete before she gives up the name of the man who has Jill. The demands include more pictures of the reptile as well as the removal of all the social media posts and an apology.

“I’m not going to try and do anything for this woman unless she makes a huge, huge confession to me first because she doesn’t have any idea what I went through to try and get this thing to the correct owner," Parrish told Fox 17. "She should just be happy that it has a home period and it’s not dead like she thought it was."
Richards will do as Parrish is asking, but thinks the entire episode is ridiculous.

"I can't fathom why anyone would want to keep her from her family," Richards said. "All I want is my dragon back. That's all."