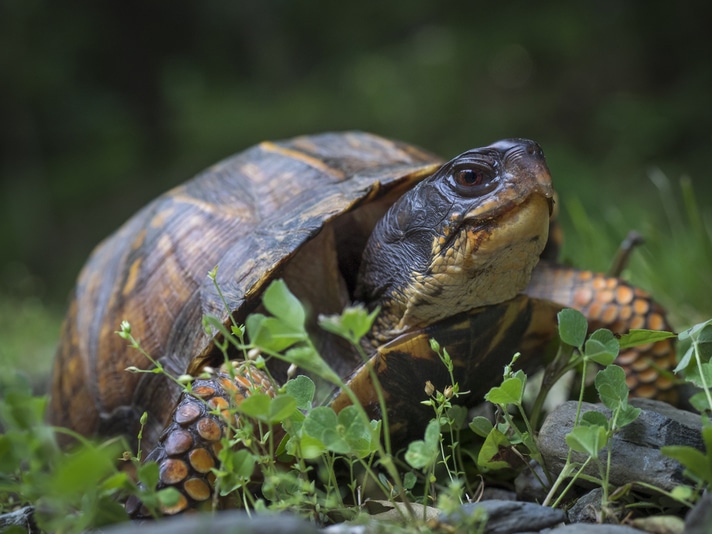 Wood turtles are listed as endangered by the IUCN.

The wood turtle, (Clemmys insculpta), a species of special concern that is under consideration to be listed under the U.S. Endangered Species Act, often nest in active gravel pits found in forests where heavy machinery operates. The gravel pits are used to maintain roads and trails in forests, but the pits are also preferred as nesting sites for the turtles, because of the combination of sand and loam found in the pits. 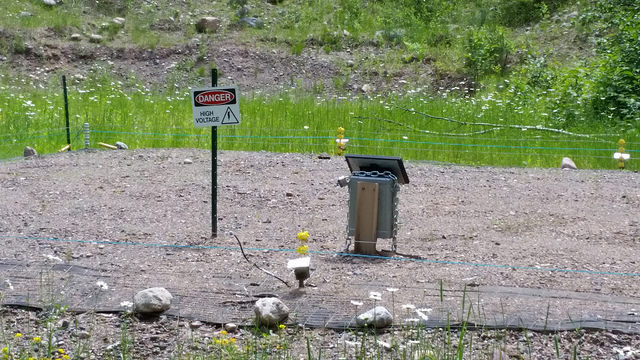 A three wire low voltage electric fence powered by solar energy is used to keep predators out of the nesting site.

Chequamegon-Nicolet National Forest Wildlife Biologist Carrie Nelson conducted research on the use of the pits by the turtles and suggested that nesting platforms be created to help protect the turtles in active gravel pits, according to a blog post by the U.S. Department of Agriculture.

In 2017, Nelson enlisted the assistance of Turtles for Tomorrow, a non-profit that works to protect rare reptiles and amphibians, to build out the platforms and to clear site locations within the pits to prepare them for the construction of the nesting platforms. The platforms, which were completed in the Summer of 2017, are comprised of a wooden frame that is filled with the sandy substrate the turtles love, and is enclosed by a three wire low voltage electric fence powered by solar energy. This is designed to keep predators away from the nests. The fencing is adjustable to allow the passage of adult wood turtles. 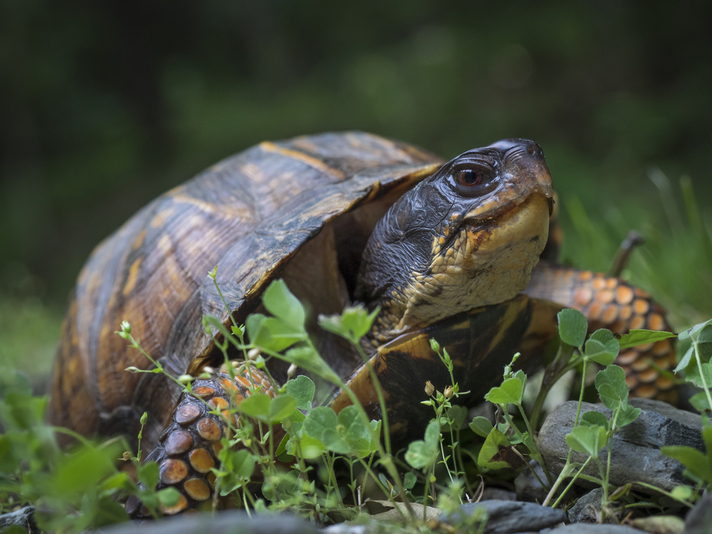 Wood turtles are listed as endangered by the IUCN.