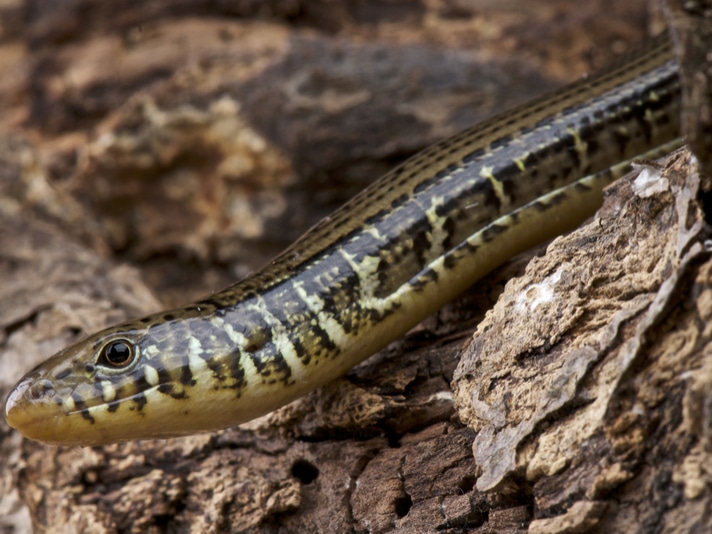 Here we showcase 10 of the strangest, coolest, and most bizzare creatures falling into the Reptilia nomenclature.

Mixed Species Vivaria: Can It Be Done? And If So, How?
Spartanburg Science Center Looking For Its Missing Sulcata Tortoise
Four New Stegonotus New Guinea Ground Snakes Discovered And Described

Reptiles have existed on this planet for millions of years, learning to coexist, adapt, and evolve in relation to their specific habitats and niches. This has made them a unique group of animals that are perfectly adapted to specific environments and ecosystems, some of which you wouldn't expect to see much of anything. Here we showcase 10 of the strangest, coolest, and most bizarre creatures falling into the Reptilia nomenclature that walk, slither, and creep all over our planet today. 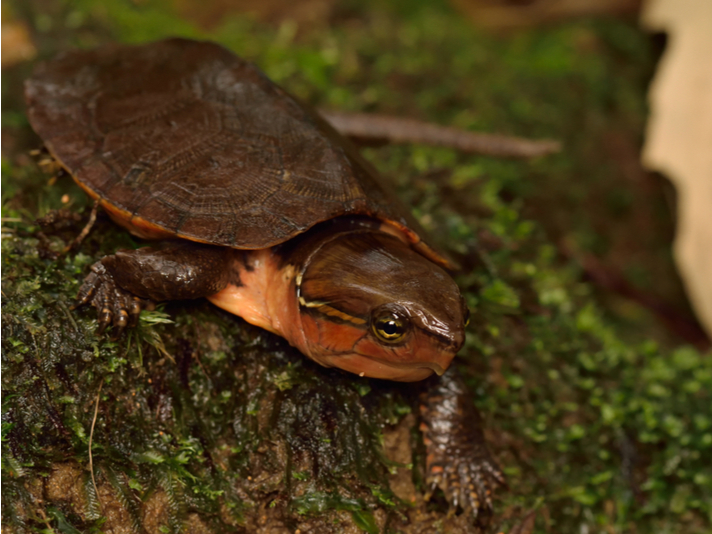 This critically endangered species declining in the wild relies on captive breeding conservation for the group to come back in its native range in Southeast Asia and Southern China. It’s large and specialized head allows it to feed primarily on crustaceans and mollusks! 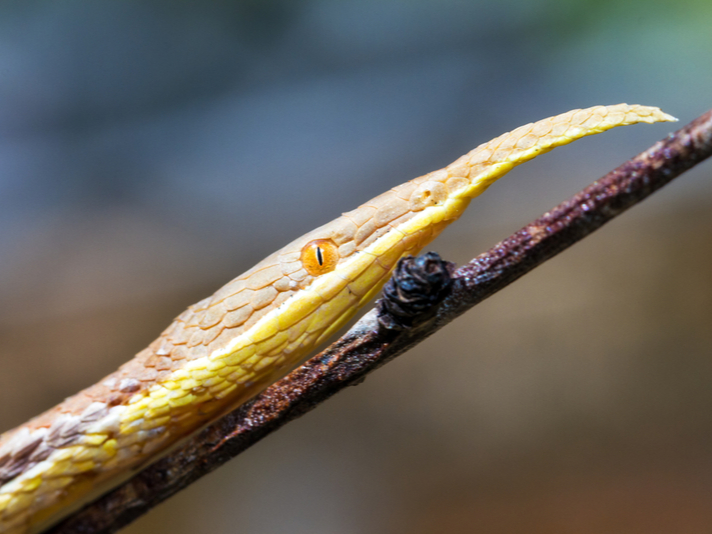 It’s no surprise that this strange looking snake species is found no other than one of the biodiversity hotspots of the world, Madagascar. This semi-arboreal, rear-fanged species has considerable sexual dimorphism (very obvious differences between the sexes) and unusual behaviors. It’s front appendages are used for feeding and foraging, combined with its body for cryptic camouflage. With its cryptic coloration and unique nasal extensions, this species stalks its prey while hooding like a cobra to perfectly blend it as a vine swaying in the wind. Although not much is understood about the biology of the species, what we do know is that it is truly one of a kind and perfectly adapted to one of the most biologically diverse islands on Earth. 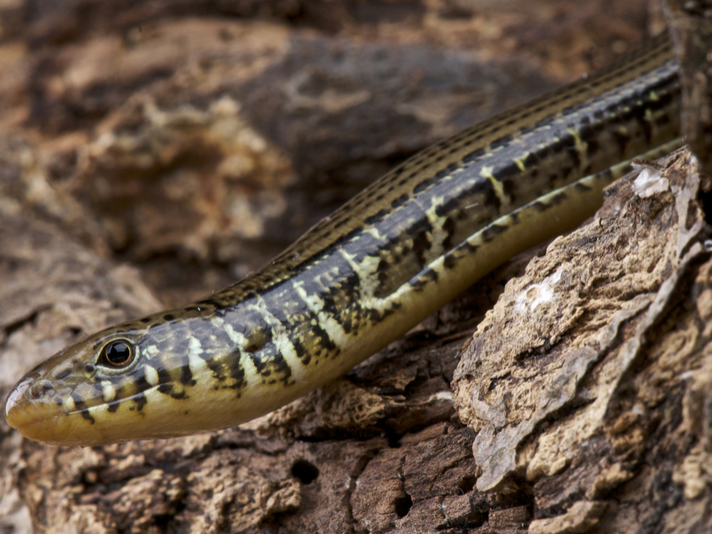 Representing the southern United States, these interesting creatures require you to take a second look. Although relatively common and not threatened, legless lizards are quite elusive and a rarely seen treat for herpers and enthusiasts.

There are two groups inhabiting the sunshine state, including the glass lizard and worm lizard that are commonly mistaken for snakes. They do have some differences though. With the glass lizard, their bony scales, blinkable eyelids, and external ears are some key traits to separate and identify them from snakes. They may be adapted to look like they live a life of a slithering serpent, but they are a specialized group all their own. 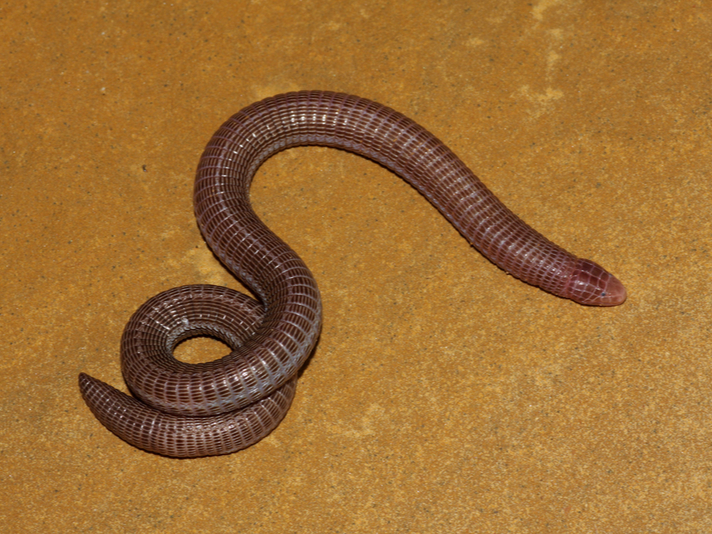 Have you ever even heard this word? Nope, they are not amphibians! Found throughout the world and thought to have originated in North America, these marvelous monstrosities contain the worm lizards mentioned previously as one of the legless reptile groups. This group of reptiles is rarely seen or mentioned and has an almost Frankenstein type of unbelievable vibe. You will be shocked.

Resembling modern snakes only superficially, genetic and fossil analysis confirms that they lost their legs independently from snakes, although they are in fact part of the Squamates – meaning they are related to the group of scaled lizards and snakes. The Amphisbaenian name originates from a mythological a serpent creature with heads at each end of its body. This references their strange ability to move in an accordion like motion front and backward to facilitate moving throughout their underground habitats. 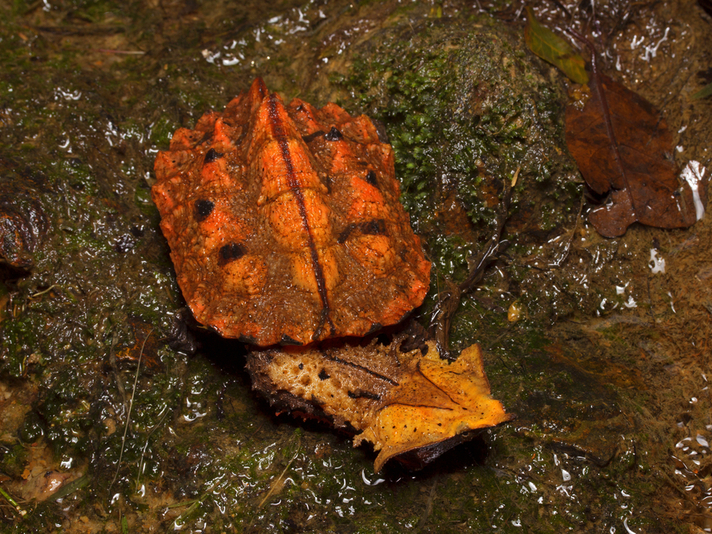 This Amazonian species is found in the freshwater basins throughout South America. Their striking and unusual appearance makes them fascinating display animals and a rare treat to see in the wild.

Spending their time on the bottom of rivers and streams, these turtles have developed a strikingly unique appearance with a head longer than its body! Believed to help camouflage itself as a floating piece of bark, this turtle enjoys a fully aquatic life and has spikes and rigid scales covering its elongated and strange body.   Source: Encyclopedia of Animals: Mammals, Birds, Reptiles and Amphibians, Harold G. Cogger, Edwin Gould, Joseph Forshaw 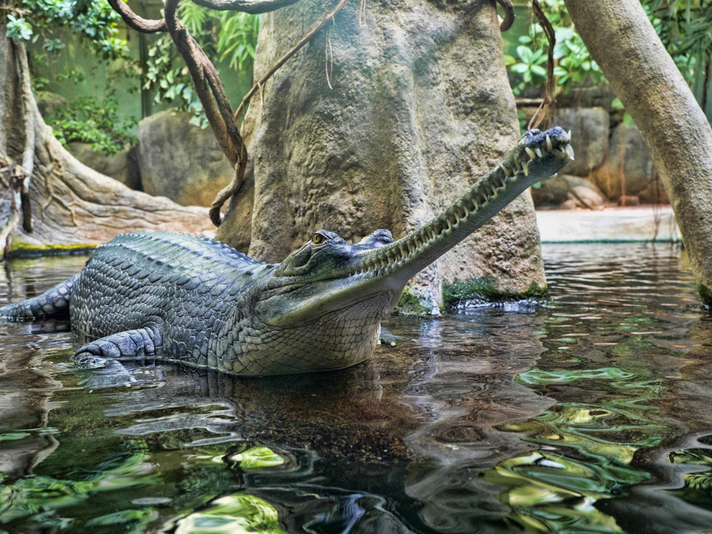 This Asian crocodilian has a specialized appearance to go with its piscivorous, fish-only diet. Estimated at fewer than 300 wild individuals, these animals are critically endangered, elusive, and in danger of extinction.

Adapting to its niche, this Crocodilian is distinguished most by its long and slender snout used to catch and hook fast swimming fishes. These animals are completely dependent on the stability of their freshwater habitats, which are facing pollution and rapid changes that these prehistoric archosaurs just cannot keep up with. Learn more about the Gharial here. 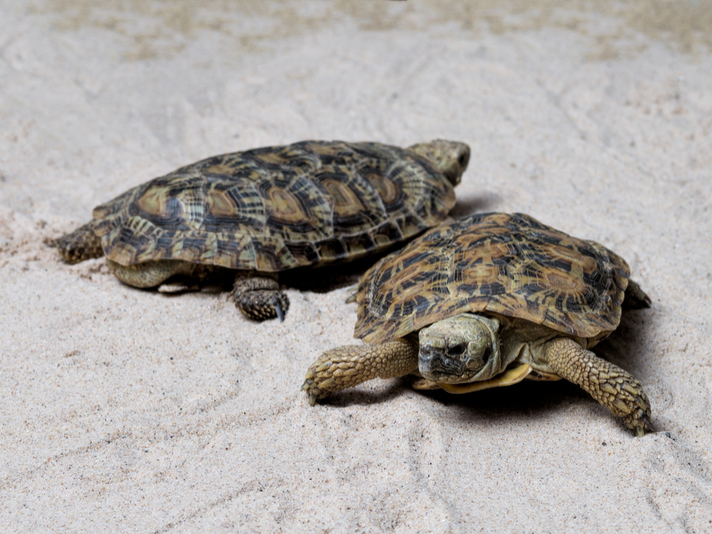 The pancake tortoise is a very special desert species that took on a habitat no other species could. A flat one, in Africa, that is. Ranging from southern Kenya to eastern Tanzania, these strange tortoises exploit a life no other species can by having a naturally flexible and flat shell that is used to fit into the rocks and crevices of their dry habitat. Rather than hiding in their shells, they tend to flee and hide in the comfort of their niche. Although listed as vulnerable, captive assurance colonies seem to thrive and have taken the pressures off of wild populations. 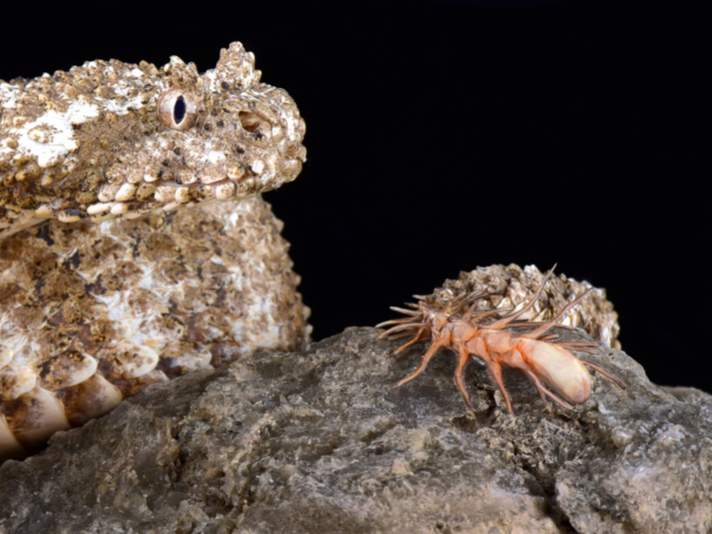 As its common name suggests, be prepared for a double dose of terror if you have arachnophobia with your ophidiophobia. Or on the other end, praise it for its evolutionary craftiness! This unique species is of notable mention for its excess tail scales that invite its arachnid eating prey. These venomous vipers of western Iran display a luring motion to attract insectivorous birds into striking range. Not much is known about the species just yet, but we appreciate its uniqueness. To see the spider-tailed horned viper displaying this bizarre, effective, and strategic behavior, check it out here: 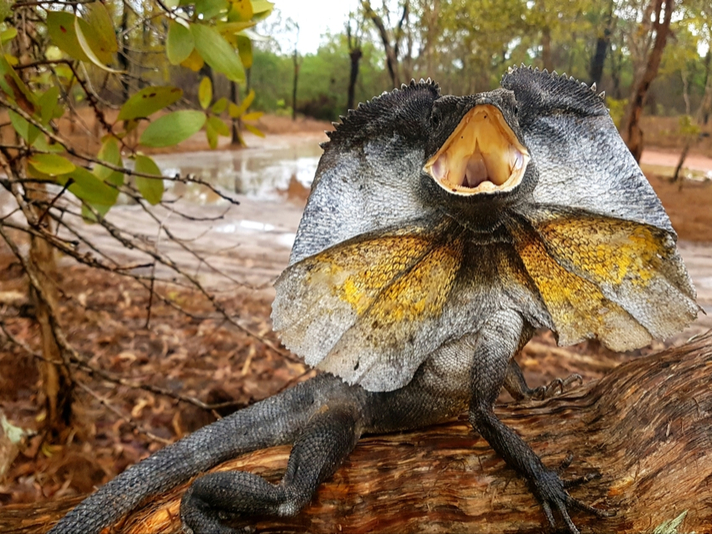 Making its most famous appearance as a Dilophosaurus, these jurassic like lizards are one of the most courageously crafted species.

Found natively in Australia and New Guinea, the frilled dragon or frilled-neck lizard will display its huge wing-like neck flaps to show how big, scary, and strong it is during territorial battles and mating quarrels. Both males and females have these frills, though the males are typically larger and brighter colored. They are the only members belonging to the genus Chlamydosaurus and readily available in captivity. 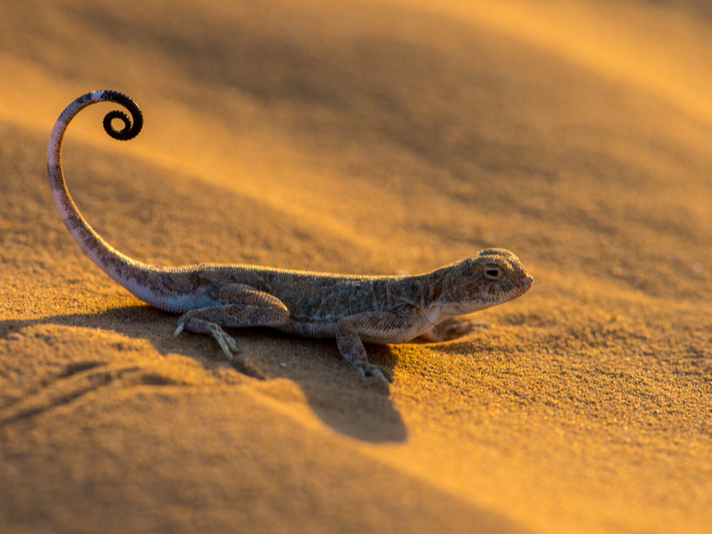 Well checkout that smile! The toadhead agama looks like it needs immediate surgery but do not be alarmed, this is how it’s supposed to look! This desert dweller is most notable for its strange face appendages that are used to display for territorial and predator conflicts. If that doesn’t work, they are able to almost instantly disappear by using their bodies to burrow in the sand. There is still much mystery surrounding the species and its classification is still being debated. All that is for sure is that it’s cool, strange, somewhat horrifying, and very special!