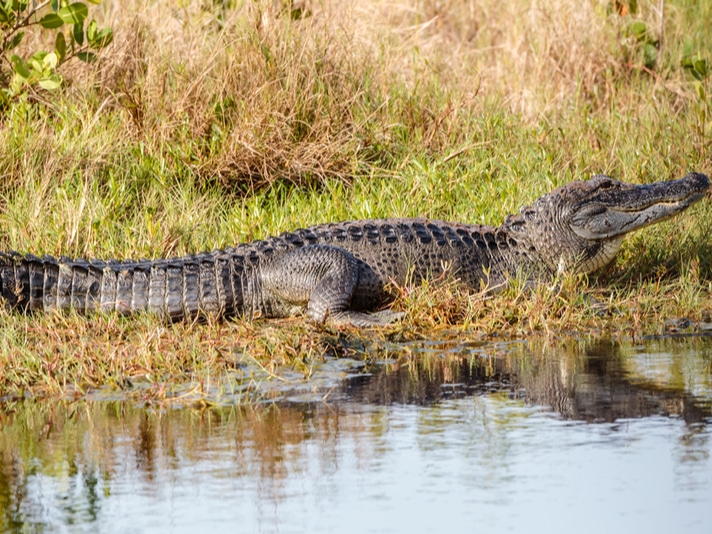 The American alligator was placed on the Endangered Species List in 1967 and removed form the list in 1987.

The American alligator (Alligator mississippiensis) is an icon of the Southeastern United States. American alligators are an important tale of reptile conservation and the importance of realistic solutions to extreme declines. Over time, human practices like agriculture and development caused many species to become threatened or even extinct. 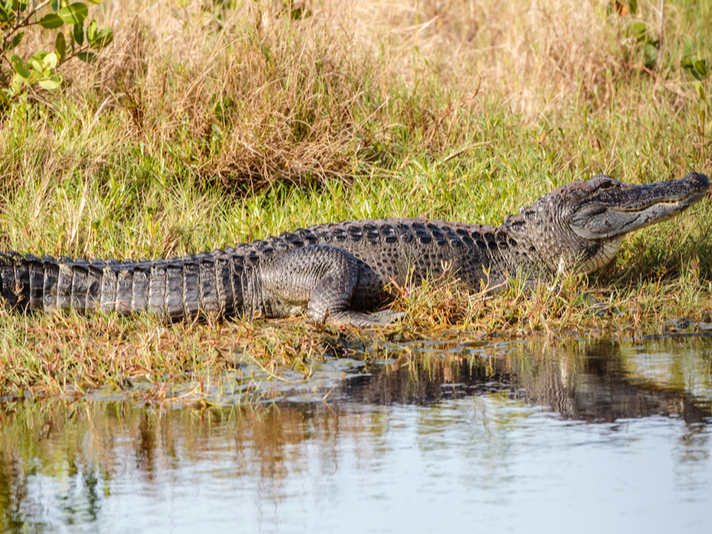 The American alligator was placed on the Endangered Species List in 1967 and removed from the list in 1987.

Because of the unsustainability of these practices and the growing population of humans, many species and their natural habitats remain at risk, especially reptiles and amphibians. Since reptiles and amphibians are ectothermic they cannot control their body temperatures. This makes them even more influenced by climate change and disturbances to their natural world. Reptiles must constantly regulate their body temperatures through behaviors within their environment. They just don’t have the mechanisms or capabilities to adapt as fast as the changes they currently face.

A model example of this is the American alligator, one of the largest reptiles of the Americas. Not only is this species relatively unchanged evolutionarily, but it is an apex predator of its environment. Many ecological studies show the importance of predators and how they keep the system balanced. Without them, the entire system changes. Among this, they are also literal ecosystem engineers. This means they add a special design, or niche, to the habitat. The alligators use their powerful jaws and bodies to create “gator holes” within the mud, which are then used by many other animals in the ecosystem. These range from small mammals to fish. This also makes the American alligator a keystone species. Keystone species are especially important within natural habitats because their loss has a heavy trickle down effect on the rest of the animal (and sometimes plant) populations in the environment. Today, there are millions of alligators across the Southeastern United States, but it wasn’t always like this, it was quite the opposite actually.

The gators were placed on the federal Endangered Species List in 1967, but illegal poaching for meat and black market alligator goods caused the species to decline rapidly. By the 1970’s, American alligators were close to extinction due to illegal hunting, habitat loss, and illegal black market trades. Luckily, this living fossil got a second chance. The American alligator is a remarkable example of reptile conservation and its successes because they bounced back with such massive numbers they were actually removed from the Endangered Species List in 1987. This is a rare occurrence for endangered species. They are still federally protected, but this was a drastic (and wonderful) change in their population numbers and one of the first examples of true conservation success.

This remarkable comeback was facilitated by private farms regulated by the U.S. Fish and Wildlife Services, along with state game agencies, captive conservation breeding programs, and other ways of commercialization. Yes, that means for food and other products, like handbags, jerky, and shoes! By regulating these practices (legally) combined with captive breeding efforts, populations increased drastically. While morally controversial to some, the success is undeniable. Twenty percent of the captive populations were released back into the wild, and the others were used for meat and commercial products. This was a way to virtually kill the black market demand, help the species recover, regulate animal safety, and also provide legitimate farmers a way to make a living.

The American alligator is an extreme story of drastic decline and rapid rebound, but many other related Crocodilians are still facing extinction. The American alligator is a reminder that conservation, including of reptiles, is not just about being an animal lover. Of course awareness is vital, but even more so is the organization of regulated and funded programs that sometimes require sacrifices and objectivity to save the species at risk. The cooperation of federal, state and local programs prove to be successful when it comes to managing critically endangered (reptile) species. Conservation successes like these help bring awareness to the reality of reptile conservation and helps save entire species from extinction, which we could never reverse. The American alligator is one of the first conservation success stories of our time and a prime example of why conservation and captive breeding efforts are mandatory for the preservation of endangered reptiles.