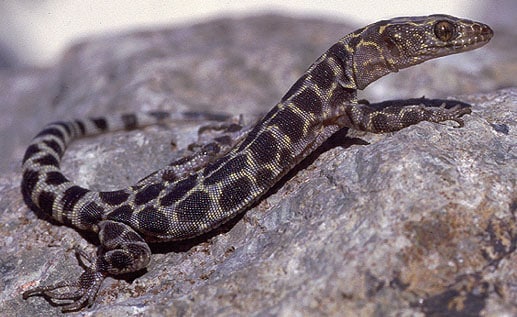 Why the Protection for the California Night Lizard? Question: I’ve read that night lizards are protected in California and can’t b

Why the Protection for the California Night Lizard?

Question: I’ve read that night lizards are protected in California and can’t be collected. This seems nuts because they’re as common as dirt in my area. Why in the world would such a common lizard be protected?
Marty Case, Campo, California 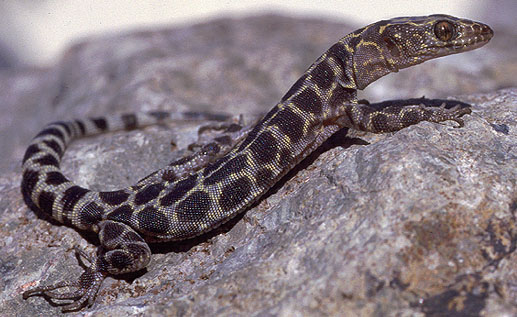 Answer: Most people wouldn’t argue that your local night lizard, Xantusia henshawi, is rare or endangered. Anyone who’s spent a modicum of time in the field knows better than that. But what’s more in danger of being overly disturbed is the lizard’s habitat of granite boulders. A granite boulder—specifically, the thinly layered “skin” on its surface—can be ruined for millennia by the chipping off of its layers.

What is the Best Pet Frog?

As a granite boulder degrades, a process known as exfoliation occurs. Boulders are formed underground over tens of thousands of years, and when they are pushed to the surface their outer layers begin breaking loose as the pressure on them decreases. While the layers are still clinging, they create hiding places for night lizards and other wildlife species.

Prying the layers off to find lizards destroys this niche habitat for thousands of years to come, and that’s the reason for the protection bestowed upon this particular lizard, which used to be collected in large numbers for the pet trade before this law, and the captive breeding of numerous other saurians that are now available as pets, helped take the pressure off.