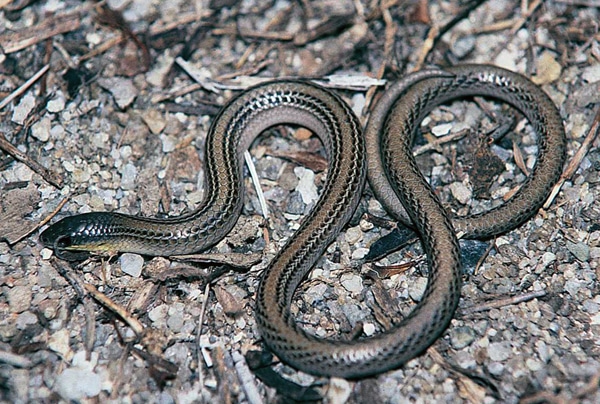 Is Australia’s Striped Legless Lizard Under Threat Of Extinction?

The striped legless lizard is under assault from urban development, clearing of grasslands and a host of other factors.

Australia’s striped legless lizard (Delma impar) is under threat from urban sprawl across Melbourne’s west side, according to Australian wildlife groups that monitor the reptile.

According to Star Weekly, Melton Environment Group, Friends of Kororoit Creek and the Western Melbourne Catchments Network sent a statement to the state government in Melbourne as well as the federal government of Australia, saying that housing developments in the state are contributing to the demise of the striped legless lizard. Research by Melbourne’s Department of Environment, Land, Water and Planning found fewer areas in which the reptile lived than previously thought, but did find a hotspot along the Kororoit Creek in Melbourne. 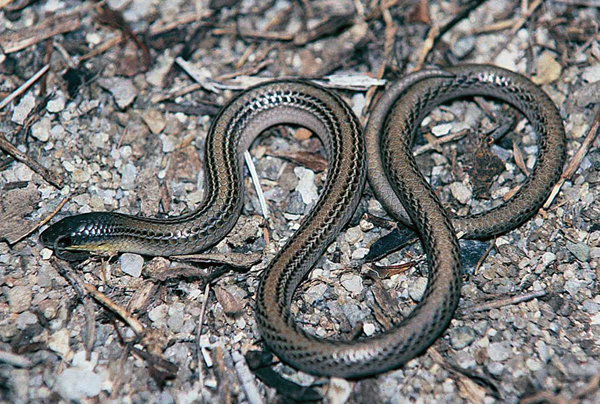 The striped legless lizard is under assault from urban development, clearing of grasslands and a host of other factors.

“Unfortunately, the hotspots currently face strong in-fill urban development, with a number of housing developments planned by developers,” the environmental groups said in their statement. They say that the approval of a recent development along the creek will further fragment the populations along the creek and more approvals along Kororoit and Jones creeks will hasten the demise of the lizard.

In addition to development, the population of striped legless lizards has been further reduced by the clearing of grasslands, farming, weeds, overgrazing by kangaroos, and fire suppression efforts that destroy habitat.

The striped legless lizard is threatened with extinction as of 2015 due largely to lack of suitable habitat for the reptile to survive. It is listed as vulnerable by the IUCN. The striped legless lizard has very small hind limbs and looks like a snake. They can live more than 10 years, but their reproduction is limited to just two eggs each summer. They start breeding at around 3-4 years of age. They eat insects found in grasslands, including spiders, crickets, grasshoppers, caterpillars, and cockroaches.