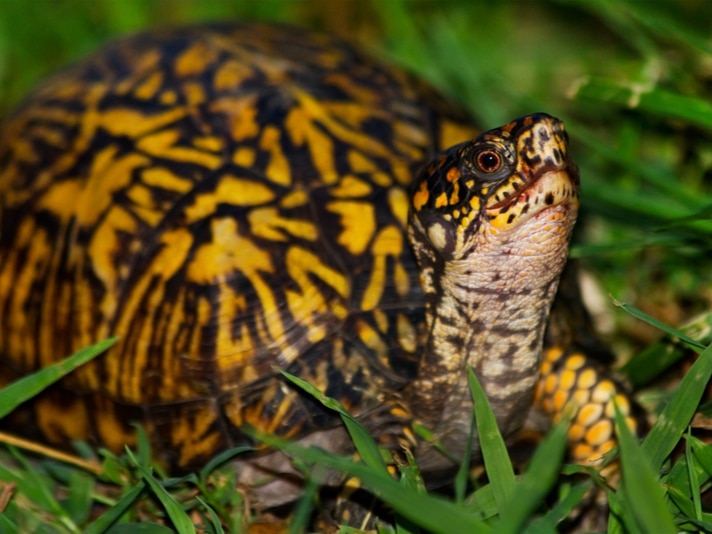 Kai Xu had 51 live turtles in his possession when he was caught trying to cross into Canada.

A man who was caught in September 2014 trying to smuggle turtles into Canada from the United States is expected to plead guilty today to smuggling. Kai Xu had 51 live turtles in his possession, 41 that were strapped to his legs and 10 that were hidden in his underwear when he was apprehended by Canadian authorities. In addition to the more common red-eared slider (Trachemys scripta elegans), Xu apparently had in his possession several eastern box turtles (Terrapene carolina carolina), which are listed as vulnerable by the IUCN, and several diamondback terrapins (Malaclemys terrapin) which are listed as near threatened. The turtles were turned over to U.S. Fish and Wildlife Service officials.

Agents with the USFWS said smuggling of chelonians is common practice. They said that Xu ordered the turtles online and traveled to the United States to pick them up or ship them to China, where turtles command a high price, with some species going for $800 each.

At the time of Xu’s arrest, he along with an alleged accomplice were charged with  smuggling, illegal trading, and exporting.  Xu faces up to 10 years in prison for the original charges.

This smuggling attempt appears to be a pure money play. Not all smuggling attempts are for profit though. In September 2014, an 8-year-old boy attempted to smuggle his pet turtle in his pants as he attempted to board a plane in China. Security officials noticed a bulge moving in his pants and when they asked the boy what he was hiding, the boy attempted to hide the turtle with his hands, but the officials would have none of that. They removed the turtle from the boy's undewear and guess what, they allowed the turtle to travel on the plane, but in the cargo hold.