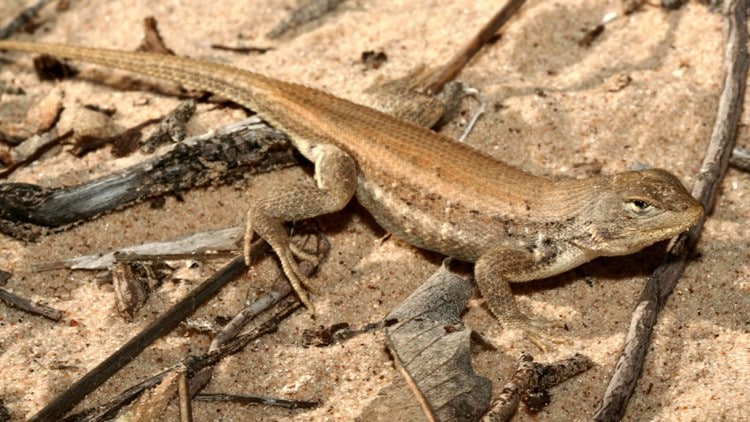 The dunes sagebrush lizard is found in southeastern New Mexico and west Texas.

The state of Texas has rewritten what was initially a failed plan to protect the dunes sagebrush lizard, (Sceloporus arenicolus) in an effort to prevent federal regulation of the lands in which the lizard is known to live. 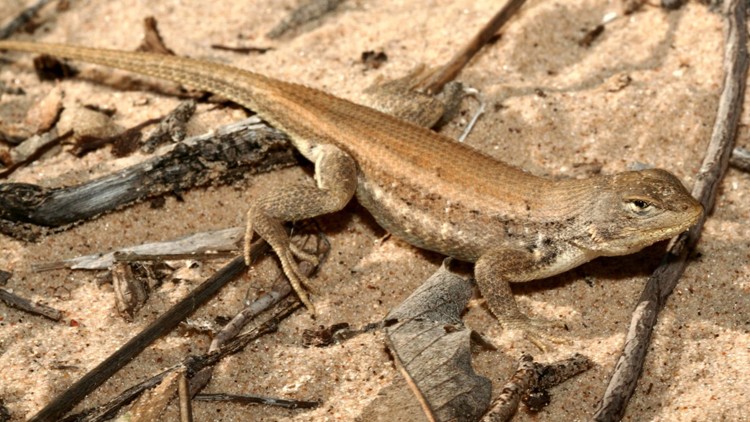 The dunes sagebrush lizard is found in southeastern New Mexico and west Texas.

The state’s comptroller, Glenn Hegar, has asked the U.S. Fish and Wildlife Service to approve the proposed plan that Hegar says addresses systemic problems of the current plan.

“Investigation revealed problems that were systemic and not amenable to piecemeal fixes,” comptroller staff wrote to U.S. Fish and Wildlife officials.

The proposal defines how companies can avoid lizard habitat, creates fees for those companies working in habitat that is critical to the reptile to support conservation efforts to offset disturbances, and gives incentives to those who concentrate their industrial activities in areas that are not inhabited by the lizard or have been degraded.

The agency that was initially set up to monitor the voluntary protection efforts for the dunes sagebrush lizard was comprised of oil industry lobbyists, according to a report in the Texas Tribune. The Texas Habitat Conservation Foundation was formed by then Comptroller Susan Combs, supposedly in an effort to ensure that the agreements laid out to protect the lizard were enforced. This of course, did not happen. It did prevent the U.S. Fish and Wildlife Service’s efforts to list the reptile as endangered, but conservationists panned the agreement as a gift to petroleum interests, according to MyStatesman.

"This is a case of the fox guarding the hen house,” Jay Lininger, biologist at the Center for Biological Diversity, told the Texas Tribune at the time the failed plan was released. "If the oil and gas industry is regulating itself, then Americans have no hope of a quality environment,” Lininger said.

When the initial plan was written and voluntarily agreed upon, sand-mining, which is crucial for fracking, had not yet arrived in the Permian Basin. The initial failed agreement only applied to oil and gas companies, and not sand mining companies, which have disrupted thousands of acres of the reptile’s habitat. According to MyStatesman, half of the 17 sand-mining companies that operate in the Permian Basin have signed onto and will participate in the current conservation plan. The new plan, if approved, would give a plan that is “defensible in court, and durable so that it doesn’t have to be amended over a 30-year period,” Gulley said. There would also be new participants in the new plan as well as an increase in the acreage that would be subject to the proposal.