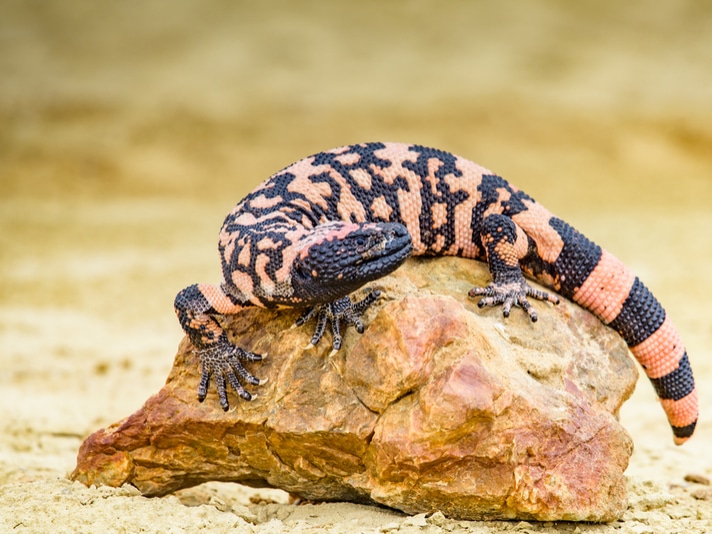 Hatchling Gila Monsters Don’t Leave Their Nest For Up To 10 Months, Study Says

The Gila monster (Heloderma suspectum) is the largest native lizard in the United States, and hatchlings often spend 7 to 10 months in their nests before they venture out seeking food, according to a study by Arizona State University researchers. 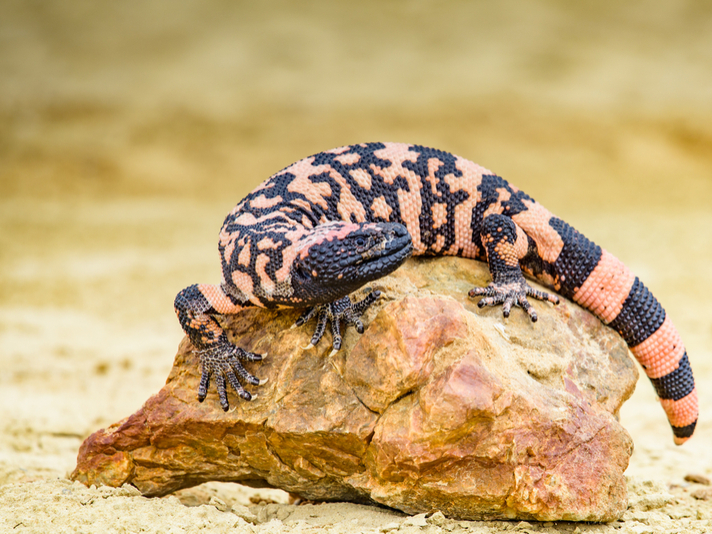 Gila monster hatchlings overwinter in their nest and emerge when food sources are abundant.

The researchers say that this overwintering enables the hatchlings to better survive, as food is more abundant when they leave the nest later, during the late spring or summer, the hottest time of the year, rather than when they hatch, which tends to be in the fall, when food is more scarce.

"There are no small lizards laying eggs in the winter or even in the early spring, and so the value of coming to the surface, looking for food — therefore wasting energy and putting yourself vulnerable to predators — there isn't a value of doing that," Dale DeNardo , lead author of the study, told KJZZ.org.

The researchers conducted an experiment whereby they observed Gila monster eggs in the wild and compared their developmental time with those that benefited from artificial incubation. What they determined was the artificially incubated eggs hatched and emerged in 4 to 5 months, while the eggs that were laid in July in the wild did not emerge until the following spring or summer of the following year. This suggests, the researchers say, that the species overwinters and comes out of their nest when food sources are more widely available.

An abstract of the study, "Evidence for atypical nest overwintering by hatchling lizards, Heloderma suspectum," can be read on the Proceedings of the Royal Society B website.