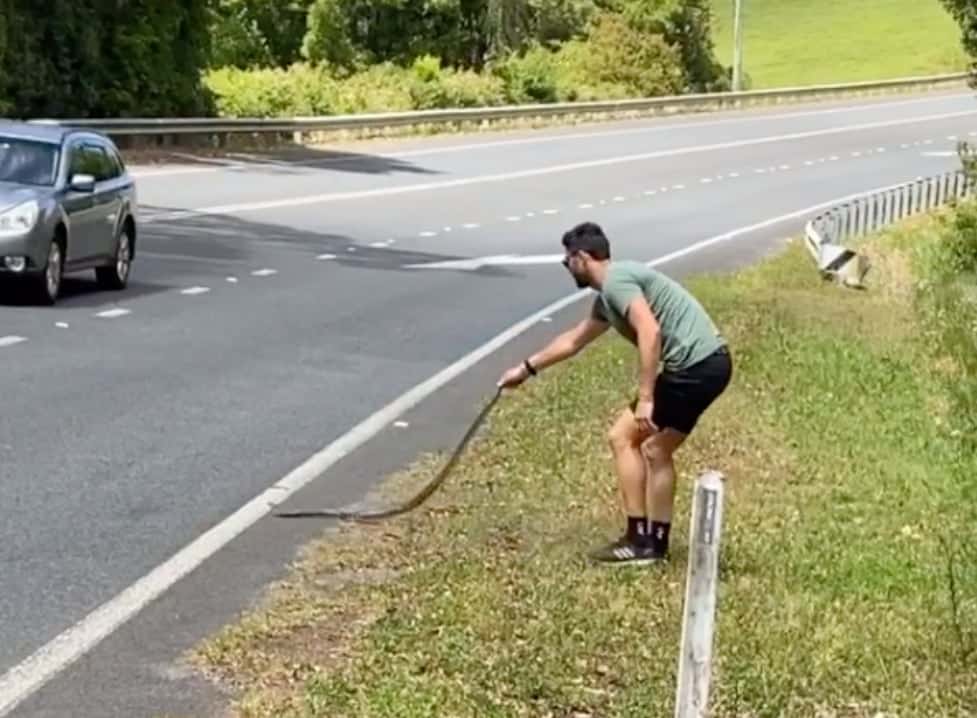 Brent Staker, a retired Australian football player was driving on a busy road in Australia when he noticed a carpet python (Morelia spilotes) in the m

Brent Staker, a retired Australian football player was driving on a busy road in Australia when he noticed a carpet python (Morelia spilotes) in the middle of the road, not moving much at all. Staker, who posted the save on Instagram, jumped out of his car and dragged the snake to the side of the road, just as a car was approaching.

Staker then released the reptile in some bushes and watched as the snake slithered safely out of harm’s way. It is unclear if the snake had been hit. As Staker was carefully dragging it to the side of the road, it appears the snake was trying to crawl away to the other side. At any rate, some of the comments on Instagram are classic:

“Pulled over to give a helping hand🐍👍🏻🙏🏻, Staker wrote on his Instagram page.

“Not all heroes wear capes,” said another.

kimm.eek The poor Snake wanted to go to the other side .
7h

Carpet pythons are native to Australia and New Guinea and are a hardy medium sized python. They are called carpet pythons due to their beautiful colorations that some say look like the patterns and colors of the woven carpets of the Middle East. There are a range of subspecies of carpet python and they are also captive-bred for reptilekeepers.